“Defense of Others” in D.C. 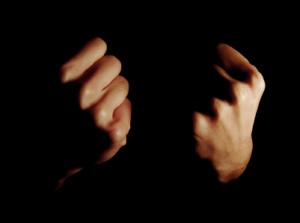 In D.C., a person is justified in using a reasonable amount of force in defense of another person provided that two conditions are satisfied. First, the person must actually believe that the other person is in imminent danger of bodily harm.  This is the subjective standard; that is, it is based on what this particular person felt or perceived under the specific circumstances of this case.  Second, under an objective standard, the person must have reasonable grounds for this belief.  It is not just whether this particular person believed that the other person was in danger of harm; it is whether a reasonable person operating under the same circumstances would also have had this belief.

The amount of force used by the person in defense of another person must be proportional. In other words, even if the person is justified in using force to protect a third party, the person is not entitled to use any greater force than the person both actually and reasonably believes necessary to avert harm.

At the same time, in deciding whether the person used excessive force to defend another person, the fact-finder (that is, the judge or jury) may consider all the circumstances under which the person acted.  It may consider, for example, the effect of witnessing the assault on the person asserting the defense. Recognizing that reasonableness for a person acting under stress can be different from the standard for a calm person, a person acting under stress does not necessarily forfeit this defense just because he used more force than might have appeared necessary to a calm person.  It also doesn’t matter if the third person being protected perceives the threat as less serious than the person asserting the defense.

Jurisdictions vary in the way in which they treat the use of deadly force, which is generally defined as force that is likely to cause death or serious bodily harm.  A person is justified in using deadly force in defense of a third person in D.C. if the person actually believes at the time of the incident that:  (1) the other person is in imminent danger of death or serious bodily harm and (2) the use of deadly force is the only way to protect this other person from the harm.  The belief must also be objectively reasonable.

Like self-defense and insanity, defense of others is an affirmative defense, which means that the defendant has the initial burden of raising it. However, once the defendant has asserted this defense — by evidence “no matter how weak” — the government must then prove beyond a reasonable doubt that the defendant was not acting in defense of a third person. This is in addition to the government’s requirement to prove every element of the offense by the same standard.