Carrying a Pistol Without a License (CPWL) 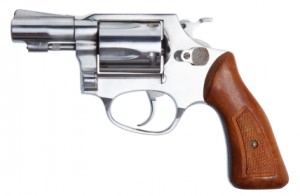 In order to secure a conviction for Carrying a Pistol Without a License (CPWL) as a misdemeanor in D.C., the government must prove beyond a reasonable doubt that: (1) the defendant carried a pistol on or about his/her person, (2) the defendant did so voluntarily and on purpose, and not by mistake or accident; and (3) the defendant was not licensed to carry the pistol by the D.C. Chief of Police.

“Pistol” is defined as a firearm that has a barrel of less than 12 inches or that was originally designed to be fired with a single hand.  “Firearm” is defined as a weapon, regardless of operability, that is designed as or readily converted into a device that can expel a bullet or other projectile by an action of an explosive.

A person “carries a pistol on or about his/her person” if the firearm is either in the person’s direct possession or is conveniently accessible/within reach.  Possession may be shared with one or more people.  Mere presence near a pistol or mere knowledge of its location is not enough to show that the defendant carried it.  Instead, the person must have the power and intent to exercise control over the pistol.