Bianca Forde: The view from her side of the courtroom 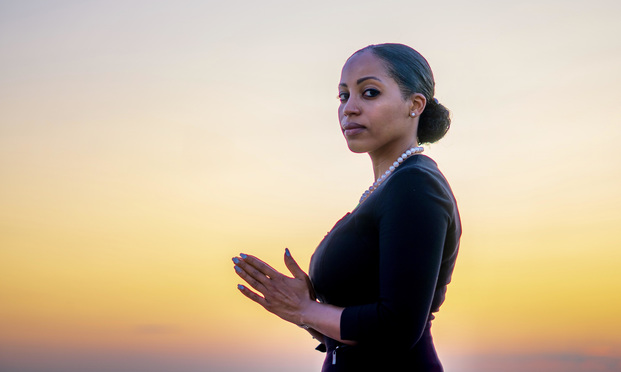 The photograph used by the New York Post depicts Bianca Forde sitting in a New York criminal courtroom. In this courtroom, however, she is sitting at the defense table.  She is in casual clothes. And she is looking unhappy.

Do I admit to a wee bit of Schadenfreude upon seeing this photo? Absolutely. Forde is an Assistant U.S. Attorney in D.C.  How many times has she sat across from me – on the prosecutor’s side of the courtroom – with the full weight of the U.S. government behind her?  Now that she herself has been charged with a crime, maybe she will have a greater appreciation for what my clients feel when they sit in her place.  Maybe now she will understand the stakes when a police officer gets up on the stand and exaggerates or lies.

According to various news reports, a car driven by Forde’s boyfriend was pulled over last November in New York City for failing to use the turn signal. Forde was in the passenger seat, and objected when officers asked her boyfriend to get out of the car.  Both Forde and her boyfriend are black.

There are different versions as to what happened next.  According to the New York Post, Ms. Forde acted like the typically obnoxious lawyer who plays the “I know the law better than you do” card.

Prosecutors can be the worst.  I still chuckle, for example, when I think back to the supervisor at the District Attorney’s Office in Philadelphia who found herself the victim of a crime.  Trying to direct her own questioning from the witness stand, the prosecutor must have been the most unsympathetic complainant to ever testify, and the defendant was ultimately acquitted.

In Forde’s case, the Post reports that she ignored multiple warnings to remain in the car.  Appearing herself to have been drinking, Forde advised her boyfriend not to submit to field sobriety or breath tests:  “Forde tried to use her prestigious job to intimidate officers – falsely telling them that she didn’t have to listen to them because she is an attorney.”  Although her boyfriend was ultimately released, Forde herself flailed her arms when she was arrested for obstructing governmental administration, resisting arrest, and failure to obey police officers.

The New York Law Journal offers a more sympathetic account of Forde’s actions that night.  In describing Forde’s subsequent law suit against the officers, the Journal quotes Forde as saying she was “shocked” when police pulled over the car and asked her boyfriend and her to get out:  “Yes, an officer can step folks out of the car but you cannot selectively choose who you step out of a car based on race or other protected characteristics.  And that is what was happening from my vantage point on that night, and that is why I spoke up, because that is what I’m trained to do.”

In other words, Forde was simply “asking the officers questions about what was going on:” “It was clear to me immediately that my questions somehow offended the legitimacy of the police officers we were dealing with, at least in their eyes.”  As regional director of the National Black Prosecutors Association, Forde felt an obligation to hold the officers accountable:  The officers “were bad actors that night, and that type of behavior threatens the relationship between the community and law enforcement.”

There are probably elements of truth to both accounts:  The officers were engaged in racial profiling.  And this made Forde angry.

Sometime in the future I will run into Forde again in the hallways of D.C. Superior Court.  When I do, I will be looking at a person who, I am sure, now has a better understanding of what it means to be charged with a criminal offense in the U.S.  She will be a better prosecutor because of this experience — assuming she doesn’t find herself defined by it.

From my end, however, I will not be able to reciprocate the enhanced perspective. I have never sat on Forde’s side of the courtroom — not as a prosecutor, not as a black person who has been pulled over while driving through the city on a Saturday night with a loved one.  My black friends are amazed at how truly naïve I am with respect to the systemic racism that exists in this country.  I simply have no idea, even now, at my age and after everything we have experienced recently.  I cannot fully appreciate what Forde went through that night – the anger she felt for being pulled over for no reason other than her race, the helplessness she must have experienced while being held for 24 hours in custody before being paraded before a judge.

What I can do is wish her success on her lawsuit.  I know from experience what a worthy advocate she can be.  Woe to the New York police officers who are the subject of her suit.

← My claim to fame
An interloper on the SCTLA listserv →

2 Comments on “Bianca Forde: The view from her side of the courtroom”