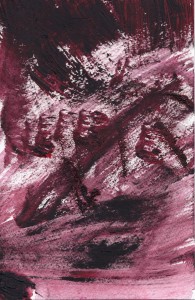 When faced with a really bad case, one option is to work out a favorable plea agreement with the government to try to mitigate consequences for the client. Another frequently overlooked option is to do an open guilty plea. In fact, the Criminal Practice Manual put out by the D.C. Public Defender Service devotes an entire chapter to guilty pleas without once mentioning this option.

A defendant who has decided to plead guilty will normally enter into an agreement with the prosecutor in which the government will make certain concessions in exchange for the plea. The government might agree, for example, to dismiss certain charges or to reduce a felony charge to a misdemeanor. The prosecutor might also agree to recommend probation, to “waive stepback” (that is, to refrain from asking that the defendant be detained prior to sentencing), or, on rare occasions, to forego the opportunity to make certain arguments at sentencing.

Although such an agreement is not binding on the court, most judges will not disturb such an agreement unless it is either illegal or completely inconsistent with the judge’s expectations. The defendant thus has a pretty good idea going into the plea proceedings what to expect at sentencing.

If, however, based on the government’s perception of a strong case against the defendant, the prosecutor decides to dig in his heels, plea negotiations can break down. In this case, the defendant has two options. He can take the case to trial on the assumption that he couldn’t fare any worse, even with a guilty verdict.  Alternatively, depending on the judge and the facts of the case, he can decide to do an open guilty plea.  In this case, the defendant pleads guilty without an agreement with the prosecutor on what the government will offer in return. Both sides simply make their respective arguments to the court, with the expectation that the judge will see things their way.

I had a misdemeanor case a while back in which my client eventually decided to go with the open plea. Involving multiple eyewitnesses and some particularly nasty facts, this was not a case I wanted to try.  At the same time, my client was a first-time offender with many positive social factors, and the prosecutor insisted on some jail-time as part of a negotiated plea.

I thus waited for the government to announce it was ready to go on the morning of trial before informing the court that we would be entering a guilty plea. The prosecutor looked disappointed. Although he was still able to read the facts from the police report into the record, his monotone reading of the facts could not have had the same impact on the judge as the witness sitting on the stand and repeating those same facts in person.

In the end, the judge slapped my client on the wrist and sentenced him to 20 hours of community service. There was no jail-time. There was not even any probation.

I have often compared plea negotiations to a game of “chicken.” Although there are risks to both parties of taking a case to trial, each side wants the other party to believe that it is eager to try the case in order to improve its negotiating position. The party that “blinks” is the one who makes an important negotiating concession.

Perceptions are everything. As in the game of chicken, the party who acts irrationally often comes out ahead.  As President Nixon is reported to have once said in the context of the arms race with the former Soviet Union, one of us needs to be acting rationally here and the Soviet premier needs to believe that this person will not be me.

I don’t do open pleas very often. After all, they only make sense in cases in which you have a confluence of three different factors:  a bad case you don’t want to take to trial, a reasonable judge who can be expected to exercise leniency, and an unreasonable prosecutor who is set on a punishment you believe is too harsh.

When you do opt for the open plea, it can often be interpreted as a slap at the prosecutor. Signaling to both him and the court that you believe he is the one misreading the situation, not you, you take a deep breath and hope that the judge agrees with you.