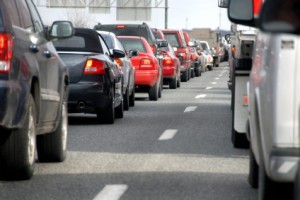 Like “hit-and-run,” driving while intoxicated, and driving on a suspended license, reckless driving in Virginia is treated not as a traffic infraction but as a criminal offense.  As a result, being found guilty of this offense results in a conviction on the person’s criminal record.

Reckless driving is the driving of “a vehicle on any highway recklessly or at a speed or in a manner so as to endanger the life, limb or property of any person.”  Including instances in which the person was driving within the posted speed limit, “reckless” is defined as a “disregard by the driver of a motor vehicle for the consequences of his act and an indifference to the safety of life, limb or property.”

As with any criminal offense, the burden is on the government to prove the elements of the offense; in this case, that the driver was operating the vehicle in a reckless manner.  Because careful drivers also get into accidents, the mere fact of an accident alone does not prove recklessness.  The court will also consider other factors, including the manner of driving, road conditions, weather, and traffic controls.

Variations of reckless driving include improper control or faulty brakes, passing when view is obstructed, overloading car with people or things, passing two vehicles abreast, two vehicles in one lane, passing at an intersection or railroad grade crossing, passing a stopped school bus, failing to give proper signals, driving too fast for traffic conditions, exceeding the speed limit, failure to yield right of way, racing, and failing to yield to stationary emergency vehicles.

As a Class 1 misdemeaner, reckless driving is punishable by up to 12 months in jail and/or a $2,500 fine.  A conviction can also result in a license suspension for 10 days to six months and the assessment of 6 demerit points from the Department of Motor Vehicles (DMV).  If the court believes that the act was drug- or alcohol-related, the defendant may also be ordered to complete an Alcohol Safety Action Program (ASAP).  The DMV cannot reinstate the person’s operating privileges until ASAP certifies enrollment.  The court has discretion whether or not to issue a “restricted license.” A restricted license would enable the person to drive to and from specified places (for example, work, medical appointments, and place of religious worship).