Passing A Stopped School Bus in Virginia: On The Importance of Statutory Language 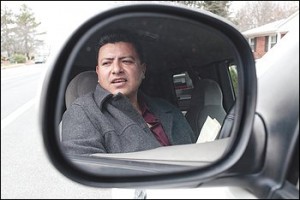 And we wonder why people hate lawyers so much.

According to the Washington Post, a man in Virginia was recently acquitted of reckless driving because of a typographical error his lawyer found in the statute.

John G. Mendez had been charged with passing a stopped school bus that had its red lights flashing. While the Virginia legislature clearly intended this act to constitute a criminal offense, his lawyer noticed that the statutory language was missing a critical preposition — the two-letter word of “at”—that was accidentally omitted when the statute was amended 40 years ago.

Here is how Section 46.2-859 of Virginia’s traffic code currently reads:  “A person is guilty of reckless driving who fails to stop, when approaching from any direction, any school bus which is stopped on any highway, private road or school driveway for the purpose of taking on or discharging children . . .”

In any words, reading the statute literally, the person must actually stop the school bus, as opposed to stopping at the school bus, in order to be found guilty of this offense.

The prosecutor argued that the court should look at the legislature’s clear intent when drafting the statute:  “If a literal construction of the words of a statute be absurd, the act must be so construed as to avoid the absurdity.” My father-in-law says he can’t understand how you can possibly stop a school bus that is already stopped.

The lower court judge apparently agreed with both the prosecutor and my father-in-law when she told Mendez’ lawyer, Eric E. Clingan, that the court wasn’t buying his argument. But Fairfax County Circuit Court Judge Marcus D. Williams overruled the lower court.  Clingan pointed to Virginia Supreme Court case law according to which courts “are not permitted to add language to a statute nor are they permitted to accomplish the same result by judicial interpretation.  He also cited a 2005 decision in which the court stated that “we assume that the General Assembly’s amendments to a statute are purposeful, rather than unnecessary.”

H/T to Johnny Gardner of Law and Baseball for scooping me on this story.