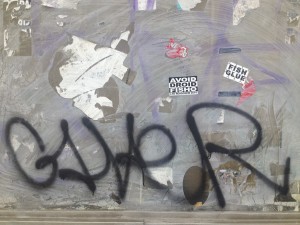 Words in the law do not always mean what their dictionary definitions say they mean.

With respect to a prior consistent statement, for example, it is not really, as suggested by the rule, that such a statement must be offered to rebut a charge of “recent fabrication.”  Instead, it is “only that the alleged contrivance be closer to the trial in point of time than the consistent statement.”  In other words, “recent” does not necessarily mean “recent.”

Similarly, when it comes to the doctrine of self-defense, it is generally accepted that the party asserting this justification must prove an honest and reasonable belief that the threatened harm was “imminent.”  As Wayne LaFave puts it, if “the threatened violence is scheduled to arrive in the more distant future, there may be avenues open to the defendant to prevent it other than than to kill or injure the prospective attacker.”

However, what about the situation in which Person A kidnaps and confines Person D with the announced intention of killing him one week later?  Let’s say that Person D has an opportunity to kill Person A and escape each morning as Person A brings him his daily ration.  Again, here is LaFave:

Taken literally, the imminent requirement would prevent D from using deadly force in self-defense until A is standing over him with a knife, but that outcome seems inappropriate.  The proper inquiry is not the immediacy of the threat but the immediacy of the response necessary in defense.  If a threatened harm is such that it cannot be avoided if the intended victim waits until the last moment, the principle of self-defense must permit him to act earlier – as early as is required to defend himself effectively.

How can you not love the law?