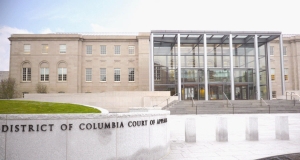 According to D.C. Code § 14-102(b)(2), a statement is not hearsay “if the declarant testifies at trial and is subject to cross-examination concerning the statement and the statement is . . . consistent with the declarant’s testimony and is offered to rebut an express or implied charge against the witness of recent fabrication or improper influence or motive.”  A statement introduced under this exception to the hearsay rule is considered “substantive evidence.”  That is, it can be admitted not only to rehabilitate a witness whose testimony has been challenged but also as proof of the matter asserted.

A party may not elicit or introduce prior statements by its witness on direct examination that support the witness’ statements at trial.  The prohibition against “bolstering” is based on the theory that “mere repetition does not imply veracity.”  Worthy v. United States, 100 A.3d 1095, 1097 (D.C. 2014).  At the same time, if a witness’ testimony is challenged by the other side as the result of “recent fabrication or improper influence or motive,” the witness may be rehabilitated with a previous statement made when the witness had no motive to fabricate.  In re C.A.,186 A.3d 118, 124 (D.C. 2018).

Prior consistent statements are also admissible for “the limited purpose of allowing the factfinder to consider an inconsistent statement when it is part of the same statement used to impeach the witness, under a rule of completeness rationale.”  Id.  Finally, in a much more recent (and still somewhat undefined) exception, prior consistent statements can be admitted for “rehabilitation purposes” where “they can be of very clear help to the factfinder in determining whether the witness is truthful and where the proposed evidence is directed only at the particular impeachment that occurred.”  Worthy, 100 A.3d at 1097-98.