“I Make Over Six Figures A Year. What Am I Doing Here?” 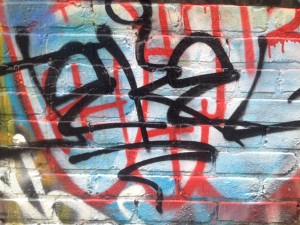 These are the first words that went through my head when the jury found me guilty of my second DUI.  The first one was a dangerous mistake:  I was young, underage, drinking with a fake ID, and hadn’t consumed much alcohol in my life up to that point.  Really, growing up, I didn’t drink much.  Working in a new city with new faces and friends, I liked the competitiveness of the “drinking” scene.  All you have to do to become the bigger man is to drink more shots than the next guy?  Sure, done.  No problem.  On it.

However, I wasn’t aware that my judgment would become impaired to the point that I would think it a good idea to drive even in spite of having a hard time putting one foot in front of the other.  I don’t remember the accident.  In fact, I don’t remember getting into my car, much less starting it and doubtlessly weaving down the street.  All I remember before the passenger side of my car was slammed into by another driver at high speeds is the brief flash of headlights in my passenger side window.

When I saw my car, about a week later, I saw I had gotten hit so hard that the glovebox had been relocated to where the emergency brake lever used to be.  I don’t remember the impact.  I do remember sitting on the side of the road, my broken car smoking and dripping fluid.  I do remember being handcuffed with blood running down my face.  This was my first DUI which was promptly sealed and hidden away in court records due to my being a minor and my promise that I would complete a number of driver safety programs and court-ordered supervision, which included regular drug testing and community service.

I didn’t really care for drugs so this was fine.  I also really enjoyed volunteering in my off-hours, so this was also fine.  Basically, it was all fine until years later.  Flash forward, these days I was considered a model, upstanding, tax-paying citizen, renting a two-bedroom townhouse where I lived with my wife and our two dogs.    Here’s the truth of the matter:  As beautiful as this woman was, and as pleasant as our life appeared to be on the surface, we fought.  A lot.  In fact, we were in regular, weekly marriage counseling in which some pleasant older fellow told us how to have a wonderful marriage, just like his.

I always thought to myself:  “I bet you guys fight too.  I bet you pretend you don’t so that you can charge me by the hour to tell me how not to fight. “  That’s just an aside.

One night, after a long party to celebrate my wife, we went home and, surprise, a fight started.  Had I flirted with someone too much?  Did I give the wrong woman the wrong glance?  Whatever it was, my wife was furious.  And I thought about the advice that the older fellow, our marriage counselor, had given us:  “If you fight, and it’s escalating, and you’re shouting and you don’t see any end to it, just leave.  Get distance, get to a safe place, and then you can talk about it the next day.”

Cue me driving driving down a D.C. city street at 3:00 am on the morning, desperately seeking a safe place.  My agitated mind had made the decision that the “safe place” would be my office.  At my office I would book a hotel.  I would sleep a few hours in that hotel, let things settle and then go talk to her in the early morning before work.  Cue flashing lights behind me.  The officer later said that I crossed over a line which made him think I was under the influence.  He later said that I was extremely polite, that I explained where I was going and why, and that I fully cooperated in every instance.

Basically, I was pretty nice about the whole thing.  I still got to spend the night in a holding cell.  Fortunately I was released early enough to go home, take a shower, put a tie on and go to work – that was also nice.  I said maybe three words to the wife – understandably — I think at least – upset about the situation.  I now had a court date for my second DUI.

And we tried everything.  With the assistance of my lawyer, we called an expert witness to testify that the science behind alcohol breath-testing is flawed and that the field sobriety tests and breath machine were improperly administered in my case.   We called a jury to decide the verdict.  The whole process stretched out for months, which gave me time to figure out what to tell my colleagues at the firm in the event that things went south.

“Things going south” meant that, when I went to court for my second DUI, an emergency law of some sort (note, I’m not a lawyer, so don’t quote me on this) had been passed that made my second DUI a mandatory 10 days in prison.  Considering a high-stress job in which my assistance was needed not only during the obligatory 50-hour weeks but also on weekends, this concerned me.

I remember the judge looking apologetic when the jury read the verdict.  I remember my lawyer giving me a “we did our best” face (and we most certainly did).  Then I was handcuffed and led to yet another holding cell, and those words ran through my head:  “I make over six figures a year, what am I am doing here?”

Note:  This is part I of a two-part series, primarily because this experience happened late last year and I want to be able to remember as much as possible of the finer details to write them out and share with you.  Up next is the full story of what it’s like in a D.C. prison for 10 days.

*Not his real name

← Thank You For Your Vote Of Confidence
Worthy v. United States: The DCCA on Prior Consistent Statements →

2 Comments on ““I Make Over Six Figures A Year. What Am I Doing Here?””