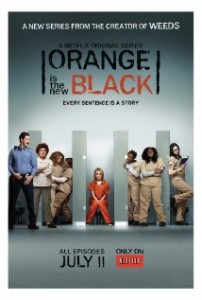 Your client is released from jail after serving his sentence, and texts you on his way home.  You were defense counsel in the case that sent him there.

You both knew after the conviction but before sentencing that he would be serving some jail-time. Your client had plenty of time to get his affairs in order.  Still, it is disconcerting to have the U.S. Marshalls appear in the courtroom and then hover behind you as the Judge pronounces the sentence, ready to put your client into handcuffs.

Then, just like that, it is over.  The clerk calls the next listing. The prosecutor picks up a different file. The Judge moves on. The attorney in the next case is annoyed with you for failing to yield counsel table, but you hesitate.  Your client, between the two Marshalls, reaches the courtroom door by the holding cell.  He turns back toward you and smiles.

Your client has now served his time in prison.  He has stories to tell.  Although we criminal defense lawyers spend all sorts of time in jail lobbies and jail interview rooms (I can’t smell disinfectant without thinking of a certain jail in Philly), he has experienced something the rest of us can only imagine.   And knowing what he knows now, you can’t help wondering if he would still give you that smile.

“I Make Over Six Figures A Year.  What Am I Doing Here?”

← Ready for DUI/DWI Appeals in D.C.
Legal Writing As Poetry →

4 Comments on “And Sometimes You Go To Jail”