On the Benefits of Restraint During Cross-Examination 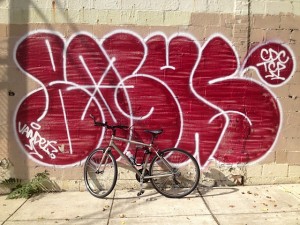 I am sitting in JM-15 watching Jessica Willis of the Public Defender Service cross-examine a police officer during a probable cause hearing. Willis is firm with the officer. She is also pleasant, reasonable and restrained.

At one point the officer tries to qualify a response. “If you put it that way,” he testifies, “yes.”

Willis thinks about this for a moment. “Actually, sir,” she says.  “That was a yes or no question. Did you or didn’t you?”

I am up next. Since it is the same officer who is testifying, I have the benefit of having just watched him testify. I can also compare Willis’ style in dealing with him with my own. It is her restraint, I conclude later, that I most admire.

I occasionally make the mistake of assuming the court will be as outraged as I am by an officer’s attempts to shade the truth.  This is not a good thing.  You think the judge is there with you and maybe he or she is, at least for a while.  Then you push things too far and suddenly you are out there all by yourself.  Courts are generally sympathetic to police officers.  They don’t like to see them humiliated.

It turns out in this case that the clothes my client was wearing at the time he was detained do not match the lookout.

“He must have gotten rid of the black skullcap,” the officer suggests.

“I am not asking for you to speculate,” I tell the officer.  “My question was whether or not my client was wearing a black skullcap when you detained him.”

The judge is still with me at this point.  She looks over at the officer for his response.  “No,” the officer responds.

But then I get too aggressive.  The officer tries to change the description of the shoes given in the lookout to match the shoes my client was wearing when he was apprehended – the shoes my client is still wearing in court – and this annoys me.  And, again, I mistakenly assume the judge will share this annoyance.

I should have left it alone.  As soon as the inconsistency has been established for the record, I can wait to make the point during argument.  Instead, I push the officer.  This makes the judge uncomfortable:  “Any more questions?” she says to me with the tone that strongly suggests she doesn’t think there should be.  More importantly, it gives the officer the opportunity to explain away the discrepancy.

Jessica Willis is relatively new to PDS.  Still, given her nuanced and restrained cross-examination of the same officer from earlier, I am thinking this is one rookie mistake she would not have made.

Happy Birthday to Gideon:  On the Arrogance of Public Defenders

2 Comments on “On the Benefits of Restraint During Cross-Examination”