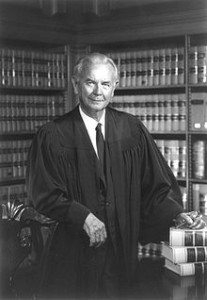 Courts seem to be bending over backwards to avoid basing decisions on Arizona v. Gant. In an opinion issued last month by the D.C. Court of Appeals, for example, the defendant was pulled over for a minor traffic offense. The defendant was ordered out of the van and frisked, with the officer finding no weapons. The officer then handcuffed the defendant and placed him in the back seat of the cruiser while the van was searched.

The Court of Appeals could easily have invalidated the search on the basis of Gant. After all, this was not a situation in which “the arrestee was unsecured and within reaching distance of the passenger compartment at the time of the search.”  Nor was it reasonable to believe that the van contained evidence of a criminal offense.  Tools for illegal window-tinting perhaps?

Instead, in order to invalidate the search, the Court used a labored analysis that distinguished between “conspicuous reaches under the seat and less distinct bending motions or movements toward the dash, the console, or the passenger seat.” Although I hate to quibble with the result, you have to wonder how practical this analysis will be in guiding lower courts on the proper standard, much less police officers operating in the field.  The analysis is particularly questionable when it would have been so easy to arrive at the exact same outcome through Gant.

The problem, as I see it, is that, by reversing New York v. Belton in Gant, the Supreme Court eliminated only one in a series of wrong-headed decisions.  Gant was a welcome opinion; Belton needed to be overturned.  But by issuing Gant while leaving these related cases in place, the Supreme Court has put us in a state of limbo:  you can’t touch Gant without also addressing the logical inconsistencies between it and these other cases.

Michigan v. Long is a prime example.  Police officers in that case stopped to investigate after the defendant swerved his car into a ditch.  Observing a knife in the car, the officers subjected the defendant to a frisk. They then searched the passenger compartment of the car on the grounds that the defendant might be armed and dangerous, thereby recovering marijuana.

Writing on behalf of the majority in upholding the defendant’s conviction, Justice O’Connor purported to extend the legality of a protective search under Terry v. Ohio to cars:  Principles enunciated in Chimel v. California, New York v. Belton and other cases, she wrote, “compel our conclusion that the search of a passenger compartment of an automobile, limited to those areas in which a weapon may be placed or hidden, is permissible if the police officer possesses a reasonable belief based on specific and articulable facts which, taken together with the rational inferences from those facts, reasonably warrant the officer in believing that the suspect is dangerous and the suspect may gain immediate control of weapons.”  (Internal quotations omitted.)

But in fact, as Justice Brennan pointed out in his dissent, Justice O’Connor used the opinion to go far beyond the diminution of Fourth Amendment protections under Terry v. Ohio.  After all, Terry v. Ohio authorized only limited searches of the person of the suspect, and the officer’s authority to conduct the frisk was intended to be carefully circumscribed.  Moreover, by citing Chimel and Belton as grounds for the Court’s decision in Long, Justice O’Connor conflated searches incident to arrest with the limited protective searches that were authorized under Terry.  Brennan concluded: “Plainly, the Court is simply continuing the process of distorting Terry beyond recognition and forcing it into service as an unlikely weapon against the Fourth Amendment’s fundamental requirement that searches and seizures be based on probable cause.”

Were he still alive today, Justice Brennan would undoubtedly be happy to learn that Belton has, for the most part, been overtaken by the Court’s more recent decision in Gant. At the same time, his pleasure would be tempered by the fact that Michigan v. Long, a case whose conclusions were compelled in large part by Belton, remains on the books.  (I have trouble using the phrase “good law” in connection with this case.)  This accounts for the odd ruling in Jackson v. United States, the D.C. Court of Appeals case I discussed above.

In the meantime, although I can appreciate the safety concerns for police officers who encounter an unknown person on the street, I continue to be amazed by this notion of a suspect breaking free from his handcuffs while sitting in the back of a police car, as in Jackson, and then leaping across the police officers to retrieve a weapon from his car.  And yet this is precisely the scenario envisioned in Long and discussed in Jackson.  Writes Justice O’Connor:

Just as a Terry suspect on the street may, despite being under the brief control of a police officer, reach into his clothing and retrieve a weapon, so might a Terry suspect in Long’s position break away from police control and retrieve a weapon from his automobile.  In addition, if the suspect is not placed under arrest, he will be permitted to reenter his automobile and he will then have access to any weapons inside.  Or, as here, the suspect may be permitted to reenter the vehicle before the Terry investigation is over, and again, may have access to weapons.  (Citations omitted.)