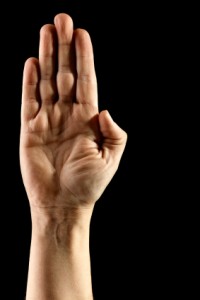 Perjury is generally defined as the deliberate making of a false or misleading statement while under oath.  While we normally think of perjury as occurring during court testimony, the offense can also occur in writing.  It is, for example, illegal to lie on a marriage certificate or tax return.

“Material” has been defined as having a natural tendency to influence or to be capable of influencing the decision of the tribunal or person in making a required determination.  D.C. follows the so-called “two-witness” rule, according to which the uncorroborated oath of one witness is not enough to establish the falsity of the defendant’s statement.

The falsity of any statement must be established by two or more witnesses or by one witness whose testimony is corroborated by independent evidence.  In order for a statement to be “material,” the statement must be relevant to the fact that is being tried or heard or to any substantial circumstance which tends to prove or disprove such fact.