A criminal conviction can have serious consequences. In the near term, it can result in jail, probation, and/or a fine. In the longer term, it can jeopardize a person’s career and reputation. For people who are not U.S. citizens or nationals, a conviction can also have immigration consequences that are far more serious than the criminal penalty itself. For this reason, any non-U.S. citizen/national who is charged with a crime should consult an experienced immigration attorney in addition to hiring a criminal defense attorney. 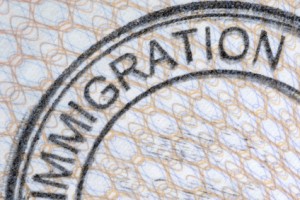 The following information, based on a U.S. Department of Justice monograph, is intended to provide the reader with a general understanding of the immigration consequences that can result from a criminal conviction. The information is not comprehensive; nor does Koehler Law practice immigration law. In addition to hiring a criminal defense attorney, any non-U.S. citizen or national who is charged with a crime should consult a qualified immigration attorney. Koehler Law would be glad to refer you to such an attorney.

An alien who is arrested or “convicted” of a crime could be subject to a “removal” hearing affecting the alien’s right to remain in the United States. A removal hearing is a civil proceeding with two phases.  During the first phase, the court determines whether the alien is deportable/inadmissible.  If so, the court determines during the second phase whether the alien will be granted either relief or protection from removal.

Because immigration proceedings are a civil matter, an alien in such proceedings does not have the same rights as a defendant in a criminal trial.  However, the alien does have the right to representation at no cost to the Government, to an interpreter if necessary, to contact an attorney or legal representative, and to communicate with a consular official from his or her home country.  The alien is also entitled to a reasonable opportunity to examine the evidence against him or her, to present evidence on his or her own behalf, and to cross-examine witnesses presented by the government.

“Conviction” is defined broadly.  It includes what we might typically associate with the term; that is, the finding of guilt through either a guilty plea or verdict and the entry of that finding into the formal record.  It can include “deferred adjudications” in which the alien admits to culpability but the court does not enter the guilty plea into the record and then dismisses the charges after the defendant completes an agreed upon set of conditions.  In some circumstances, it can even be based on:  (1) the alien’s admission that s/he committed a crime or (2) a finding by immigration authorities that there is sufficient reason to believe that the alien has engaged in criminal activity.  The definition of conviction does not include a juvenile court disposition.

Whether or not an alien can be deemed removable (that is, either deportable or inadmissible) as a result of criminal conviction depends on a number of factors.  One such factor is whether the state or federal offense with which the alien was charged is a removable offense as defined by the Immigration and Nationality Act (INA).  Further information on grounds for removal is provided below.

Failure to Register as Sex Offender

Conviction or admitted commission of a controlled substance offense or Immigration and Customs Enforcement (ICE) has reason to believe individual is engaged in drug trafficking.

Conviction of 2 or more offenses of any type and an aggregate prison sentence equal to or greater than 5 years.

Petty Offense Exception for single crime of moral turpitude offense not punishable by greater than one year and actual sentence, active or suspended, less than 6 months.

Two or more offenses of any type with aggregate prison sentence of 5 years or more.

Confinement to jail for an aggregate period of 180 days.

Aggravated felony conviction on or after November 29, 1990 (a murder conviction at any time) permanently bar a finding of moral character and thus citizenship eligibility.