Expungement of Criminal Records in Virginia 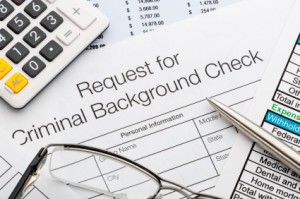 Although Virginia’s rules for expunging criminal records are more stringent than in many other jurisdictions, the Commonwealth does allow for the expungement of criminal arrest records under carefully prescribed circumstances. Criminal convictions can only be expunged if the defendant has been granted an “absolute pardon.”

In order to have a criminal arrest record sealed, the person must either have been acquitted of the offense after trial or the government must have entered a “nolle prosequi” (legal notice that the case has been abandoned) or otherwise dismissed the case.  There are also special provisions for:  (1) victims of identity theft whose names or identities were mistakenly used in another criminal case, (2) parties to a civil action who were arrested or charged but ultimately found not guilty of contempt of court, and (3) people who were charged but not convicted of an offense after a civil remedy was agreed upon.  Virginia Code § 19.2-392.2A.

People who wish to have their arrest record expunged and who meet one of the criteria above must file a petition with the circuit court in the city or county where the charge was dismissed, along with a complete set of fingerprints.  With a copy of the petition also filed with the Commonwealth Attorney’s Office for that city or county, the petition must include information on the specific charge to be expunged, the date of the final disposition of the charge, the petitioner’s date of birth, and the full name of the petitioner at the time of the arrest.  Virginia Code § 19.2-392.2C

Only people who have been granted an “absolute pardon” are eligible to have a criminal conviction expunged.  It does not matter how minor the offense (for example, whether or not it was a felony or misdemeanor).  It is also immaterial whether the record arose from a conviction after trial or a guilty or nolo contendere plea.  Otherwise, the conviction remains on the person’s criminal record permanently. Virginia Code § 19.2-392.2I

Juvenile records in Virginia are automatically expunged at the time the person reaches the age of 19 or 29, depending on the offense and the length of time since the final disposition.