Arson was traditionally defined as the “malicious burning of someone else’s dwelling house or outhouse that is either appurtenant to the dwelling house or within the curtilage.”  In other words, the offense included the intentional burning not only of a person’s house but also any buildings or structures on the land adjoining the house. 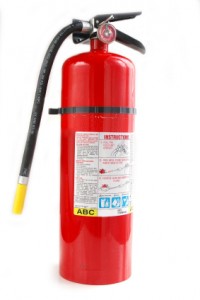 Modern statutes generally define arson as the intentional and wrongful burning of either someone else’s property (as to destroy a building) or one’s own property (as to fraudulently collect insurance).  Most of these statutes require that the offender either intended the actual harm or acted with “conscious disregard of a known and substantial risk of harm that the statute was intended to prevent.”

In order to secure a conviction for arson in D.C., the government must prove each of the following elements beyond a reasonable doubt.  First, the government must prove that the defendant burned or attempted to burn a building.  This pertains to the “actus reus;” that is, the wrongful physical act that the law seeks to prevent. That the attempt to burn a building is written directly into the statute means that there can be no such thing as “attempted arson.”

Second, the government must prove that the building was the property of someone other than the defendant.  (Setting fire to one’s own property is included under a separate offense in DC, “Burning One’s Own Property, With Intent to Defraud or Injure Another,” which is punishable by imprisonment of not more than 15 years.  D.C. Criminal Code § 22-302.)

Third, the government must prove that the defendant set fire to the building voluntarily and on purpose, not by mistake or accident.

Finally, the government must prove that the defendant “acted without mitigation.”  Mitigating circumstances would include the situation in which a person acts in the heat of passion brought about by adequate provocation.

The penalty for a conviction for arson is imprisonment from one to ten years.  D.C. Criminal Code § 22-301.

An offense related to arson in D.C. is the “Malicious Burning, Destruction, or Injury of Another’s Property,” which is defined as the malicious injury/breaking/destruction, or attempted injury/breaking/destruction, by fire or otherwise, of “any public or private property, whether real or personal, not his or her own.”  If the property in question is valued at $200 or more, the penalty is a maximum fine of $5,000 and not more than 10 years of imprisonment.  If the property is worth less than $200, the defendant can be fined up to $1,000 and/or imprisoned for up to 180 days.  D.C. Criminal Code § 22-303.

In order to secure a conviction for the most serious form of arson, the burning of a dwelling, the government must first prove that the defendant either burned or caused to be burned any “dwelling house” or building (e.g., hotel, hospital, jail) in which people normally “dwell or lodge.”

If the dwelling is occupied at the time of act (that is, not abandoned), a person found guilty of this felony offense will be sentenced to 5 years to life and/or fined up to $100,000.  If the dwelling is not occupied, the person will be guilty of a Class 4 felony punishable by 2 to 10 years in prison and/or $100,000 fine.  Virginia Criminal Code § 18.2-77.

In order to secure a conviction for the less serious form of arson, the burning of a structure or building that does not qualify as a dwelling, the government must prove that (1) the defendant burned or caused to be burned such a building/structure, and (2) the defendant acted with malice.

If people are present in the building or structure at the time of the act, a person convicted of this offense will be guilty of a Class 3 felony punishable by not less than 5 years and not more than 20 years with a fine of no more than $100,000.  If the act is committed at a time in which no person is present and the property is valued at $200 or more, the defendant is guilty of a Class 4 felony punishable by 2 to 10 years in prison and/or $100,000 fine.  Finally, if no person is present and the property involved is valued at less than $200, the defendant will be a Class 1 misdemeanor.  The maximum penalty for a class 1 misdemeanor is confinement to jail for 1 year and/or a fine of $2,500.  Virginia Criminal Code § 18.2-80.