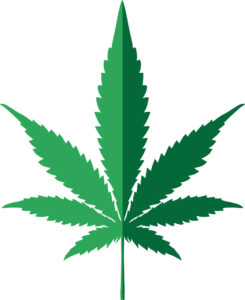 It is no longer illegal for a person 21 years or older to possess a small amount of marijuana in Washington, D.C.   This is the effect of a law that took effect in 2015:  the Legalization of Possession of Minimal Amounts of Marijuana for Personal Use Initiative (“Initiative 71”).  A person can still be arrested for selling marijuana, possessing more than two ounces, operating a vehicle or boat under the influence of marijuana or consuming marijuana in a public area.

What am I allowed to do under the law?

— possess, use, purchase, or transport marijuana weighing two ounces or less;
— transfer to another person 21 years of age or older marijuana weighing one ounce or less provided the transfer is without remuneration;
— possess, grow, harvest, or process up to six marijuana plants within a home provided that no more than three of the plants are mature; and
— possess marijuana-related drug paraphernalia (e.g., bongs, cigarette rolling papers) that is associated with one ounce or less of marijuana.

What am I not permitted to do?

You should also be aware that, although decriminalized in the District, marijuana possession is still prohibited by federal law.  This means that federal law enforcement officers in D.C., such as the U.S. Capitol or Park Police, can still arrest people for possession or use on federal land (e.g., National Mall or Rock Creek Park).

If charged, what will happen at my initial court appearance?

A criminal case in D.C. typically requires at least three court appearances.  The first hearing is the arraignment.  The defendant is informed of the charges and enters a plea.  The court will also advise of the right to counsel, and the government will turn over initial paperwork related to the case. An initial status hearing is typically scheduled three or four weeks from the arraignment.  During that time, the defense attorney and prosecutor will discuss the case.  The parties will then decide either to schedule a trial date or to enter into some type of non-trial disposition (see below).

What are my possible defenses?

If you are not eligible for a diversion program or if you decide not to accept one, the next step will be to exercise your right to a trial.  Possessory offenses such as this one are often challenged through the filing of a pre-trial Motion to Suppress (MTS) on the grounds that the police officers violated your constitutional rights when they arrested you. For example, there may not have been a legal basis for stopping you in the first place.  If the court grants the motion, the government will not be able to use evidence obtained through the illegal arrest, and the government will have no choice but to dismiss the charges.

Defenses at trial often include a challenge to the composition of the substance.  The government will need to call a chemist to testify that he or she tested the seized substance and that the substance is what the government claims it to be.   Another issue frequently is whether you “actually” or “constructively” possessed the substance for purposes of the statute.   “Actual possession” means that you had the contraband on your person or within your immediate control.  “Constructive possession” means that, although you may not physically possess the item, you have the power and intent to do so.  The court could find, for example, that you constructively possess an item in your bedroom closet or the trunk of your car.

Will I go to jail?

The maximum penalty for unlawfully possessing marijuana is incarceration for up to 180 days and a fine of no more than $1,000.  D.C. Code § 48-904.01(d)(1).  That said, marijuana possession is not a serious offense, and most people convicted of this offense will be sentenced to a period of probation.  The government might offer first-time offenders some type of diversion program for first-time offenders according to which the offender completes an agreed upon set of condition (community service, for example) in exchange for having the charge dismissed.

Alternatively, the court might agree to sentence a first-time offender under § 48-904.01(e) of the statute.  According to this provision, the court has the ability to defer sentencing after a finding of guilt.  The court can put the person on probation, along with “reasonable conditions,” for a period up to a year.  If the person violates the terms of the probation during this period, the court will enter an adjudication of guilt and the person will be convicted.  If, however, the person completes the probation successfully, the court can “discharge such person and dismiss the proceedings against him or her.”  The person is then eligible to have all records associated with the case expunged. The effect of an expungement under this part of the statute “shall be to restore such person, in the contemplation of this law, to the status he or she occupied before such arrest or indictment or information.  No person as to whom such order has been entered shall be held thereafter under any provision of any law to be guilty of perjury or otherwise giving a false statement by reason of failure to recite or acknowledge such arrest, or indictment, or trial in response to any inquiry made of him or her for any purpose.”

Do I need a lawyer?

Although you have the constitutional right to defend yourself, the court will actively discourage you from doing so.  This is because of the enormous stakes and complexity involved in a criminal case. If you cannot afford a lawyer, the court will appoint one to represent you.   You are also free to contact Jamison Koehler at 202-549-2374 or jkoehler@koehlerlaw.net.