According to the D.C. Controlled Substances Act, it is illegal for a person in D.C. to (1) “knowingly” or “intentionally” (2) manufacture, distribute or possess with intent to distribute (3) a controlled substance.

The first element the prosecution must prove in order to secure a conviction for drug distribution is the defendant’s criminal intent, or mens rea.  In this case, the required criminal intent is one of “knowing” or “intentional” distribution.  This means that the 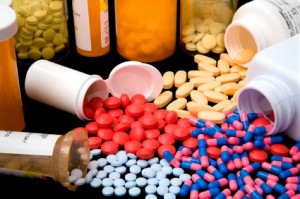 The second element the prosecution must prove is that the substances in question are in fact included on the list of substances that are proscribed by the D.C. Controlled Substances Act.  The Controlled Substances Act groups substances that a person is not allowed to possess without a valid prescription into five categories, or “schedules.”  Schedule I includes those substances (e.g., LSD and certain opiates) for which the legislature has determined there is a high potential for abuse and no accepted medical use in treatment.

The third and final element the prosecution is required to prove in order to secure a conviction for this offense is that the defendant either manufactured, distributed, or possessed the controlled substance with intent to distribute.  Unlike courts in many states, the D.C. courts define “distribution” very broadly.  The term includes the type of street-corner transaction people normally associate with this offense.  However, it can also include the handing of an illegal substance from one person to another without any apparent type of compensation or exchange.