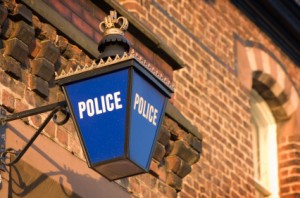 “Assault” is defined generally as the threat or use of force on another person that causes that person to have reasonable apprehension of imminent harmful or offensive contact.  Assault can be a civil wrong – or “tort.”  It can also be a crime.

“Felony assault” (or “assault with significant injury”) is the “unlawful assault” or threatening of another “in a menacing manner” that “intentionally, knowingly, or recklessly causes significant bodily injury to another.”  “Significant bodily injury” is defined as an injury that requires hospitalization or immediate medical attention in order to preserve the health and well-being of the individual.  Conviction of that form of assault carries a jail-term of up to 3 years and/or a $3,000 fine.  D.C. Code § 22-404(a)(2).

Finally, “aggravated assault” is the intentional, knowing or purposeful causing of serious bodily injury to another person.  “Serious bodily injury” is defined as “an injury that involves unconsciousness, extreme physical pain, protracted and obvious disfigurement, protracted loss or impairment of the function of a bodily member, organ, or mental faculty or a substantial risk of death.”  This most serious form of assault is punishable by imprisonment of up to 10 years and/or a maximum fine of $10,000.  D.C. Code § 22-404.01.

There are also variations of assault.  For example, “Assault of a Police Officer” involves different potential behaviors, including resistance, intimidation, opposition, and/or interference with a police officer in the performance of his or her duties.  Other variations of assault include: