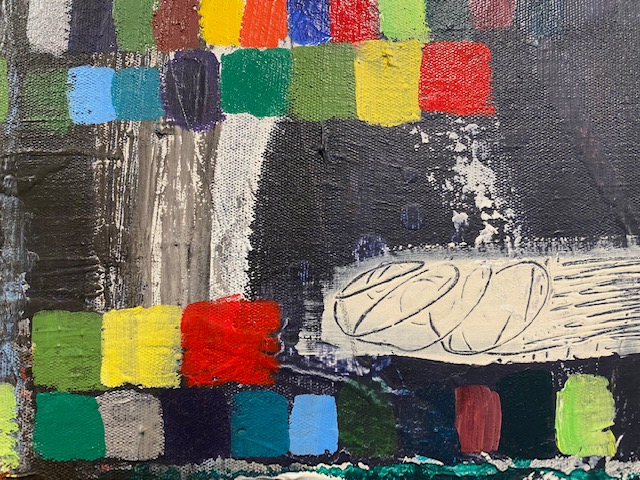 I suspect that my remote-hearing persona may be more adversarial than my in-person one.  And this concerns me:  What does this say about me?  Was I pulling my punches before when I had to stand next to my adversaries in the courtroom?  Am I being too aggressive now that I can hide behind my computer screen?

I had what is called a “probation show case hearing” the other day.  The question was whether the court was going to revoke my client’s probation and re-sentence him for non-compliance.

The judge and my client were both there in the courtroom.  The probation officer, the prosecutor and I participated remotely via Webex.

As it turned out, the recommendation that my client’s probation be revoked was based on outdated information.  My client had in fact come into compliance between the time the “alleged violation report” was issued and the hearing.

I said so. Nothing unusual there.

The probation officer re-checked the system and confirmed that what I said was true.  I tried to hide my annoyance:  How can you recommend taking away a person’s liberty without getting your facts straight?

Again, nothing remarkable about this.

Where things got interesting was when the probation officer and the prosecutor persisted with their recommendation that my client’s probation be revoked despite the fact that most of the allegations supporting the recommendation had been subsequently disproved.

I don’t remember exactly what I said.  But I do recall the judge – someone I had never appeared in front of before — looking vaguely surprised.

Had I crossed some type of line?

We were trained at the public defender’s office in Philadelphia to develop our own trial personas.  There is no one right way to act in the courtroom.  What works for another person may not work for you.

I was very much in demand during my trial advocacy classes in law school.  All of my classmates wanted me to serve as a witness during our mock trials.  Apparently I come across as an eminently reasonable and credible person.

I am not funny.  Or particularly quick-witted.  But people do tend to believe me when I speak.  I have tried to use this asset to my advantage.   It is part of my trial persona:  I aspire to be the most reasonable person in the room – the trustworthy adult, the first person the judge looks to for the answers.

I do not believe in unpleasantness for the sake of being unpleasant.  There are some lawyers whose idea of zealous representation is to disagree with the government on everything, including dates for the next hearing.  It is not that I am against what my mother used to call a well-timed “stink.”  But you need to be selective.  You will have much more credibility with judges if you don’t overuse that tactic.

I am a big believer in leaving out the editorializing.  Judges are smart.  You let the facts speak for themselves.  And you avoid the ad hominem stuff.  This only makes the judges uncomfortable.  It puts the judge on the side of the person whose character is being attacked.

This may have been what raised the eyebrows of the judge at the hearing I just described.  I may have crossed the line from attacking the probation officer’s arguments into attacking the man himself.

But I was angry.  The stakes are enormous.  You need to get your facts straight.  You need to do your job.  And I was annoyed with the prosecutor for blindly seconding the recommendation, for worrying more about her relationship with the probation officer than about a just outcome.

Moreover, although the judge, the prosecutor and I were all appearing with our videos on, the probation officer could only be heard.  Maybe it was easier to disagree with him when I didn’t have to watch his expression.

But in my defense, I think there were other factors at work.  For example, in the pre-pandemic days, with all three of us sitting in the courtroom while waiting for our case to be called, I would have been able to talk with both the probation officer and the prosecutor before the hearing.  I would have had an opportunity to correct the record before we appeared in front of the judge.  We would have known each other’s respective positions.  There would have been no surprises.

Remote hearings are here to stay.  Although there are still many circumstances when all parties will need to be physically present in the courtroom (jury trials, for example), many more minor matters will continue to be held via Webex even post-pandemic.