Keeping the back-benchers in line 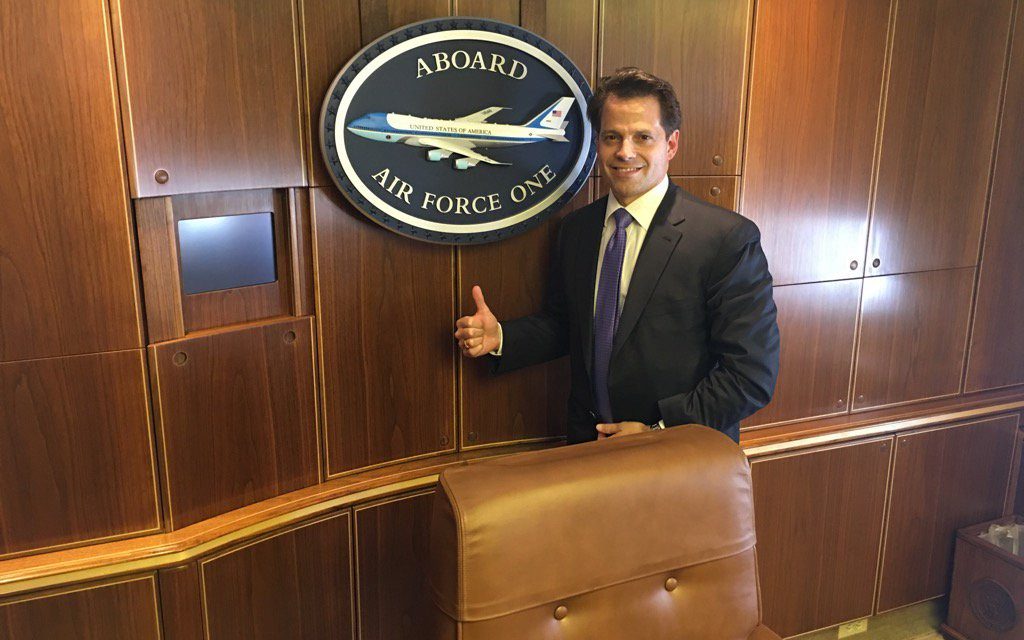 “Please hold for the President of the United States.”

What could be more exciting than to receive a telephone call with these words?

During his 11 days with the Administration, Anthony Scaramucci posted a photograph of himself on Air Force: “It never gets old,” he wrote on Twitter.

One of Donald Trump’s great advantages, I believe, is that he has effectively marshalled the trappings of the presidency to, among other things, keep members of his own party in line.

Mr. Trump is not the hardest working president we have ever had.  According to the White House schedule, he does not even begin his day until 11:00 am.  And there are many days in which there is absolutely nothing on his public schedule.  There is also little to suggest that he spends much time with his family.

So what is he doing with all this time?  We know from newspaper reports and his tweets that he is (1) fixing his hair and putting on makeup, (2) watching a lot of TV, (3) watching even more TV, (4) golfing, and (5) tweeting.

We also know he spends a lot of time calling friends and members of his party – often late night – to seek advice, to rant and rave about the unfairness of everything, and to chat.  And this is my point:  How many back-benchers in Congress can resist the thrill of receiving a late night phone call with the President of the United States on the line?  And how many of them will remember this call the next time they appear in front of a TV camera?

This is yet another area in which Trump differs from Barack Obama. We know that Obama read his briefing and intelligence reports.  He consulted his staff and outside experts, and he thought about issues.  He performed his ceremonial duties.  He returned most nights to his private quarters at the White House for dinner with Michelle, Malia, and Sasha.  He was also, by most accounts, somewhat of an introvert.  In other words, unlike Trump, he was not making full use of the trappings of the presidency.  He was not making late night calls to back benchers in Congress — congratulating them on a recent TV appearance, seeking their advice on upcoming issues, or twisting their arms LBJ-style as necessary.

According to Nate Silver, 41.5 percent of Americans approve of Trump’s job performance.  This is the real reason members of the Republican party continue to support Trump.  But there must also be other factors.  We are, after all, still people.  We are subject to having our egos massaged.

In this regard anyway, Obama might have learned a little bit from Trump.   Who can forget the awestruck look on House minority leader Kevin McCarthy’s face as he sat with the President in the private office of Air Force One?

A little glad-handing can go a long way.

← Covfefe this
How does the Covid-19 pandemic affect a defendant’s speedy trial rights in D.C.? →