Presenting your best self at a virtual hearing 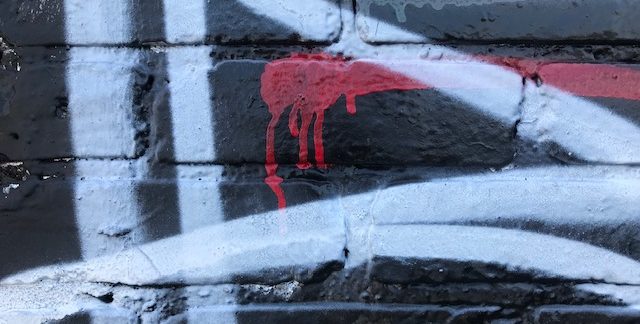 I am nosy.  I am also a snob.  I am curious what people choose to display in the background behind them during virtual hearings.

In the old days you could size someone up based on their clothes and courtroom demeanor.  Now you can look down your nose at people based on their decision on where to position themselves for the hearing or meeting.  Where do they sit in relation to the camera?  What do they choose to have visible in the background behind them?

Although I have yet to zoom with a client or potential client, I have done a number of virtual hearings.  Remote hearings in D.C. were initially done by phone.  Then they were done by video conference with the video off.  Although leaving the video off is still an option (one often employed by court staff), most people now proceed with the video feed enabled.

This means you can no longer participate in your sweats.  You have to get dressed up.  You do not want to be the Mexican lawyer who had to get up unexpectedly during a virtual hearing only to show that, below his shirt and tie, he was dressed only in briefs.  Watching the video that went viral, I know enough Spanish to confirm that the female judge was not at all pleased.

You also have to find a place in your home where you will not be disturbed.  And, if you are at all worried about the impression you are making, you need to think about what others will see in the background behind you.

Even now you have the people who still haven’t figured out how to position themselves in relation to the camera.  In some cases, for example, you are looking at a combination of the person’s forehead and the ceiling behind it.

Of course the ceiling thing could also be a way to assure maximum privacy:  show as little as possible of yourself and your surroundings.

Judges tend to use very tasteful backgrounds.  One judge sat in front of a window with a soothing display of green behind him. Another appeared to be in a finished basement with paintings and a flag with the D.C. emblem behind him.  A third appeared in front of some beautiful artwork.

One of my colleagues appeared to be sitting in his garage.

There are some people who cannot sit still.  I have not yet encountered this professionally.  But in zoom meetings with friends or extended family you often have people – multi-taskers, as it were — who keep moving around throughout the call.  It is distracting.  You also get dizzy just watching them.

Based on these considerations, I probably gave much more thought to where I would sit than most people.  The key for me:  How do I look professional?  How do I hide my double-chin?

I briefly considered sitting in the sunroom at the back of our house.  The lighting was good there, and I thought it would be nice to have a wall of  green behind me.  It would be even better if there were a little wind that day.

My wife has a beautifully decorated study with a sculpture that could have served as a great backdrop. But she didn’t go for that.

So I settled on what, of course, made the most sense from the very beginning:  My own home office.

There is a large piece of art behind my desk that could have served as a tasteful backdrop.  But I also have client files lined up on the credenza behind me that would have been visible, and I didn’t want to have to remove them each time.  And the direct light from the windows did not exactly flatter me.

So I decided to turn myself around.  I put my laptop on the credenza.  Behind me would my large glass desk with the matching alabaster lamps my wife covets for elsewhere in the house.  And then, of course, there is the wall of green from my windows.