White men, on the margin 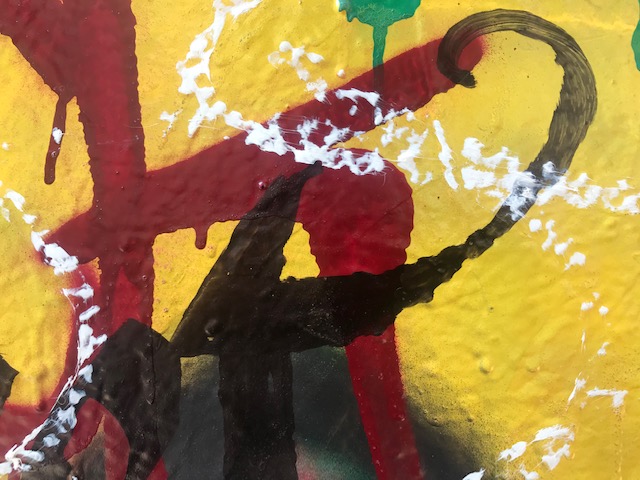 My mother once said that the hardest part about getting old was the fear of being marginalized.  She felt this particularly acutely as an older woman.  She complained about feeling invisible.

I thought about this yesterday during a twitter war with Dan Hull at @DwarfToday.  I know Dan peripherally through his blog at What About Clients.

I know, I know, I should be ashamed of myself.  I remember being a spectator to the occasional email flame war from my days in government. Each party, convinced of his/her own rectitude, sank lower and lower as the war raged. Everyone else just cringed.

So, in my defense, I can say that this was the first and hopefully last twitter war I will ever participate in.

Hull has since blocked me on twitter.  This too was new to me.  It took me a while to figure out why the system was not allowing me to send my well-crafted zinger to eviscerate his latest argument.

This in itself was surprising considering that what originally offended me – thereby prompting my response – was Dan’s comment that one of the main things he likes about Trump is that he offends liberals.  (Since I can no longer access Dan’s twitter feed, I am not able quote him directly.)  That Dan eventually truncated our argument and blocked me suggests that we libtards are not the only people who get our feelings hurt easily.  What did it for Dan, I think, is when I suggested he spare me his sophistry and his clichés.

“Have you ever had an original thought?” was his parting shot. The door then slammed shut.

From Dan’s twitter feed, I get a sense that he fancies himself as edgy and politically incorrect.  For example, he will often speak disparagingly about a woman’s looks – that she is overweight, for example.

I ignore the misogynistic tweets. What got me going yesterday were his tweets about how Trump will turn out to be the best president of our lifetime, how we finally have a true leader with “balls.”  Trump was, Dan suggested, better than Obama who, although a good man, was a terrible president, “all hat, no cattle.”  And, of course, Dan said that he himself didn’t vote for Trump – as if this somehow made his praise more credible — and that Dan would return to the liberal fold if the liberals ever got their act together.

I have to give Dan credit for not resorting to the old “whatabout” arguments – how all presidents abuse their power to some extent, blah blah blah blah blah.  He also did not do the whole grimace thing with Çlinton:  Yes, yes, too bad about Trump, but whatcha gonna do?

Like most Trump apologists, Dan was light on specifics.  Dan is a lawyer, and that seemed unlawyerly to me:  You don’t come to conclusions without backing them up with facts.

Then I think about Dan Hull and his twitter persona.  Dan seems to fancy himself a free-thinker, someone who, disenchanted with liberalism, has embraced Trump as a refreshing challenge to the status quo.

I see Dan differently.  I see him as an older white man who, feeling marginalized in our increasingly diverse society, sees a welcome alternative to irrelevance through Trump.  The changes are not inevitable:  We can make America great again.

At the risk of grossly oversimplifying things, allow me to say this:  Trump appeals to the worst in us.  He gives us license to feel anger, pettiness, insecurity, xenophobia.  He validates every worst thought.  He brings us older white men out of the shadows and back into the mainstream where we belong.  He gives hope to younger white men — and to the women who support them — who feel so alienated in our increasingly diverse country.  He gives us all hope that we can make America white again.  We can make America Christian again.

← Dealing with the crazies in C10
Judges are human →