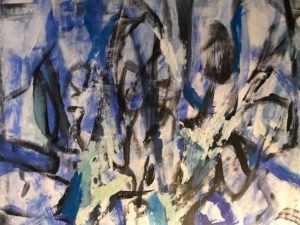 Q. Officer. When you arrived, the altercation was still on-going, right?

Q. So you have no idea how it started?

Q. When you arrived, my client had a bottle in her hand?

Q. And he had a piece of wood in his hand, right?

Q. You got out of your car and you ran toward them, right?

Q. And then you go after her, right?

Q. When you saw my client, you tackled her, right?

A. I wouldn’t say we tackled her.

Q. You grabbed her?

Q. And when you grabbed her, she ended up falling down?

A. We detained her.

Q. She fell down?

Q. And she was upset, right?

Q. She was speaking quickly?

A. I can’t speak on that path. I’m not sure how she normally speaks, so.

Q. I see. You can’t tell whether or not someone is speaking quickly unless you know them first?

Q. That is not in your police training?

Q. That is not in your personal experience?

A. No. Not like that. Not in this context.

Q. I see. But you could agree with me that her voice was loud?

A. I can’t say for certain.

Q. You couldn’t tell if she was shouting at the complainant?

A. They were exchanging words.

Q. So he was saying things to her, right?

Q. And she was saying things back to him, right?

Q. I understand you don’t know my client. But could you tell if she was angry?

A. I mean, it appeared that everybody was upset on that scene.

Q. I see. The two of them were exchanging words, right?

Q. And she says to him, I already got maced, now you want to come fight me? Right? Isn’t that was she said?

A. I can’t recall exactly what she said.

Q. Would it refresh your recollection to watch the body worn camera?

Q. So, Officer, I am queueing this up right now. I’m going to play it until you recognize it, until you can authenticate it as your body worn camera. And then I am going to stop it, rewind it and we are going to replay it to see what she said.

PROSECUTOR: At this point, sorry, if you could pause it. Your Honor, at this point, the Government would object to the defendant’s statements coming in as hearsay.

DEFENSE ATTORNEY: Yes, Your Honor. At this point we are still trying to authenticate the body worn camera. We are also trying to refresh the officer’s recollection. That said, I think I’ve laid the basis for an excited utterance. Although the officer won’t agree with me that she was speaking quickly or loudly, the body worn camera will show that she was in fact speaking very quickly and very loudly. She is upset, she is agitated. She was tackled by a police officer. What she said in this extremely agitated condition, moments after being maced and threatened with a board, should be admitted. She hasn’t had time to reflect. That is the standard for this exception. That is the touchstone.

PROSECUTOR: Yes, Your Honor, we would argue the foundation has not been laid.

THE COURT: Okay, so, based upon the testimony of the officer that she did appear to be upset, she did appear to be somewhat agitated, combined with the earlier testimony of [the liquor store owner] that she had earlier come into the store, extremely upset and in pain, having just been maced, I find that defense counsel has laid the requisite foundation for the admissibility of her statement as an excited utterance.