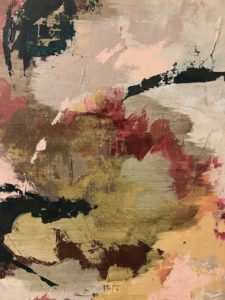 A:         I mean, it’s not exactly my fault in this situation but I still need to report the camera is no longer on my chest.

Q:        Right.  So you needed to explain to your official, to Sergeant Jones, because you were concerned about some type of disciplinary hearing against you, right?

Q:        Now, if you get too many disciplinary actions against you, that creates problems for your career, right?

Q:        And you have already had a number of sustained findings for misconduct against you, isn’t that right?

Q:        You have not had any sustained findings against you?

PROSECUTOR:  Objection, Your Honor.  These are not relevant to the case, to the investigation or to this officer’s testimony’s today.

THE COURT:  Please approach.  Officer, you may step down.  You can sit in the jury box.  Counsel, where are you going with this?

DEFENSE ATTORNEY:  Well, Your Honor.  This goes to bias.  I asked him about prior sustained findings against him, findings that could affect his career, and he has denied having had any.  I have documents to contradict him.  He got up there on the stand and told Your Honor that he has never had a sustained finding against him.  I should have the opportunity to impeach him on that.

THE COURT:  I don’t think that’s quite what he said.  I think you asked him if he’s had a number of sustained findings against him, and he said no.

THE COURT:  Overruled.  I’ll allow it.  Officer, thank you.  You can take the stand again.

Q:        Have you ever had any sustained findings against you, sir?

Q:        And these are the only findings, the only sustained findings against you?

A:         Sustained findings as far as what, my entire police career?  This is a very broad question that I haven’t –

Q:        How about in 2015, a sustained finding for failing to get assistance from another officer when removing a prisoner from a vehicle?

A:         Okay. Um, yes.  There was an occasion where, um, I had a defendant in handcuffs, was attempting to put him in a second transport vehicle –

Q:        So you’ve had a sustained finding against you on July 12, 2015 for failing to get assistance from another member when placing or removing a prisoner from a vehicle?   I am reading this from your PPMS.

Q:        So that is the extent of the sustained findings against you?

Q:        Should I refresh your recollection?  Do you want to see this document?

Q:        So there are other ones?  So these aren’t important to you enough to remember them?

Q:        Do you recall a sustained finding in May 2015 for failing to ensure that a crime scene officer reported to the scene to recover stolen property.  Do you recall that one?