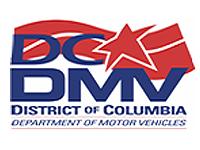 DEFENSE:  Before I begin my argument, I’d like to invoke the rule on witnesses.

HEARING EXAMINER: The what?  The rule on witnesses?

DEFENSE:  Yes, sir.   The sergeant has concluded his testimony.  He will be a witness against my client at trial. I would ask that the sergeant be excused while I make my argument.

HEARING EXAMINER: Something could said that he needs to respond to.

DEFENSE:  In that case, we could call him into the courtroom, the hearing room, at that time.

DEFENSE:  Well, I would argue that —

HEARING EXAMINER: — Counsel, no one has ever asked me this before.  This is a DMV hearing, not a trial.

DEFENSE:  I am proud to be the first then.

HEARING EXAMINER: For this proceeding, the government will remain for the whole proceeding.  I will not excuse him.  Something you should say, he should be able to respond to it.

DEFENSE:  Mr. Examiner, the sergeant is not a party to this case.  He is a witness.  Once his testimony has been given, there is no reason to have him in the room.

HEARING EXAMINER: Counsel.  I have made my decision.  I ask you to proceed with your argument.