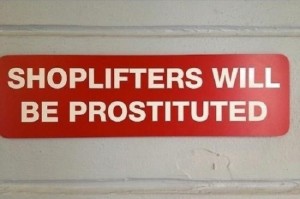 Perhaps I should not admit it, but I like the Assistant U.S. Attorneys in D.C. They are generally smart, reasonable and decent people. They know the law. And, like defense attorneys, they are just trying to do the right thing.

My introduction to prosecutors – the assistant district attorneys in Philadelphia – was not a positive one. My experience in Virginia was even worse. The junior prosecutors tended to be law-and-order people right out of law school who believed that the path to success lay in prosecuting every misdemeanor to the max. Everything was a competition, a battle of good against evil. They did not seem to understand the way their roles differed from those of the defense attorney. The older prosecutors – the ones who had been there forever — had the same mindset. They were also grumpy, bored, and unfulfilled.

It was therefore a welcome surprise to come to D.C. Superior Court where, with the exception of traffic and juvenile cases, most crimes are handled by Assistant U.S. Attorneys, who are federal prosecutors. These jobs are extremely competitive, and you tend to get good lawyers out of top-tier law firms. Many of these prosecutors are older. They have worked elsewhere. They have perspective.

There are little things. It is returning phone calls and emails promptly. It is coming to court on time so that defense attorneys can settle their business before the judge takes the bench. It is treating defense attorneys as colleagues, not supplicants. It is dealing with defendants as individuals, affording them kindness and respect in the courtroom.

There are also big things. I had a case recently in which we had sought a plea deal, including jail-time, that would have allowed my client to avoid registering as a sex offender. I had gone back and forth with the AUSA and her supervisor a number of times without success. And then suddenly the case was gone, dismissed without explanation by the government.

There may have been something fundamentally wrong with the government’s case, possibly new evidence in the government’s possession that would have exculpated my client. Faced with such new information, many of the county prosecutors I dealt with in other jurisdictions would have simply accepted our offer of jail-time. Not this prosecutor. She dismissed the case instead. It was not a win or a loss. It was just the right thing to do.

← “When Beggars Die, There Are No Comets Seen”
You Can’t Plead Guilty Without Admitting Guilt →