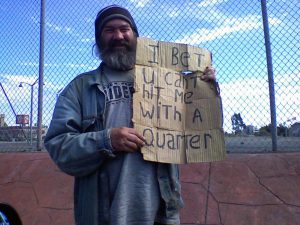 On the morning of trial, I stick my head into the small room outside the courtroom where the police officers are assembled. I have spent hours watching and indexing footage from the body worn cameras three of the officers activated on the night of the arrest. So I feel as if I know each officer very well. Officer Palmieri is leaning against the wall to my left. He is clearly the jokester of the bunch. Sitting across from him is Officer Jones. He is a straight-laced, “just the facts ma’am,” type of officer. All four officers look at me blankly. To them I am a complete stranger.

I have been dealing with body worn cameras in D.C. for long enough now to have formed an opinion as to whether, on balance, they are good or bad for the defense. There are times, of course, when the footage can be fatal. It is hard to fight an assault on a police officer charge, for example, when the defendant can be seen charging the officer and hitting him in the face with closed fists. The footage can also be inflammatory. The dispassionate testimony of a police officer on the stand is one thing. Actually witnessing an altercation – raw and violent — is something else entirely.

At the same time, the footage often works to the advantage of the defense. Police officers have a habit of remembering only the facts that further the government’s case. This is convenient for the prosecutor, but more difficult to do when there is objective evidence of the opposite. You don’t recall this? Well, let’s have a look, shall we? Focusing on major facts (for example, who attacked whom), officers are also light on details. They are busy with lots of cases, and they may not take the time to think through the logic of everything they testify to. This creates a potential opening for the defense.

I had a case recently in which my client was accused of attacking her sister with a knife in each hand. Although officers arrived after the actual altercation, the cameras recorded the officers’ interviews of the parties and their survey of the apartment during the investigation. The footage captured details – for example, where the two knives were eventually found — that supported my client’s version of events.

The news is full of bad cops, and I worked with a number of officers in Philadelphia who turned out to be completely corrupt. Access to footage from the body worn cameras, however, has given me a greater appreciation for the likes of Officers Palmieri and Jones. Yes, they are a bit disorganized, and they do have a tendency to shade the truth when they get on the witness stand. At the same time, seeing the world as they do from the moment they arrive at a crime scene, you gain a greater appreciation for the dangers they face. You also realize that, for the most part, they are well-meaning people who handle the often unruly citizens of this city with dignity and respect.

← “The Type of Guy That Gives Lawyers a Bad Name”
“When Beggars Die, There Are No Comets Seen” →