“The First Thing We Do, Let’s Kill All the Lawyers” 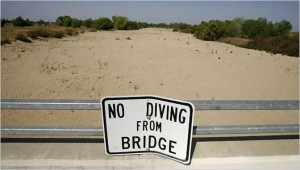 Back in my days with the federal government, before I had my own J.D., I hated working with the lawyers. It was not just that they spoke a strange language and treated each other as if they were all members of an exclusive club. It was also that they seemed to come up with a million reasons to block everything we wanted to accomplish. You are not the client, they would tell me when I complained. The agency is our client, they said, and it is our job is to protect it from potential legal liability.

I understood the notion of checks and balances. I also understood that there were potential legal implications to every decision we made that went beyond my limited understanding of things. At the same time, the legal advice I received often coincided nicely with what I knew to be the lawyer’s own personal policy preferences. I also suspected that the lawyers often used these tactics as a way of justifying their own existence. Where would the agency be without this selfless group of protectors of the “Agency’s interests” raising groundless issues so that they could then resolve them?

(Unlike my office, the lawyers had a very limited travel budget. One time one of the lawyers I tangled with asked me to pay for his trip to an international conference. He said it would further the interests of my office. I suggested he get the “Agency” to pay for his trip. “Agency,” he responded? What do you mean “Agency?” There is no such thing as an “Agency travel budget.” My gleeful response: Exactly.)

I was thinking of the self-serving and self-justifying nature of the legal profession recently while attempting to secure a document from the police department at a local university. We were referred to the legal department of the university who informed us that, although they had a copy of the document, we would need to subpoena it first. Fair enough. We did so. Not once. Not twice. But three times, each time perfecting some supposed flaw in the subpoena. The university notified us each time of the problem with the subpoena through certified mail, with the letter sent three weeks after the subpoena had been served. Obviously, this delayed everything considerably.

The second attorney I dealt with – an “attorney fellow” with the legal department who is a couple of years out of law school – was far more pleasant than the first. She even had a sense of humor about it. But she said her hands were tied when I complained about the absurdity of it all: All we are doing is creating more useless work for us all, taking away our ability to do more productive things. Yes, yes, she laughed. But this was organizational policy designed to protect the interests of the university.

My father-in-law has told the story of how, while working as a U.S. military advisor to the Danish government back in the 1960s, he could not understand the justification for the posting of a sentry at a particular spot on one of the Danish bases. None of his Danish colleagues could provide him with an explanation. Upon further investigation, he found that there used to be a hitching rail for the horses at that location and that a sentry was necessary to guard them. Of course the Danish military had not kept horses there for decades.

Unlike the days in which I tangled with the government lawyers, I am a lawyer now. I speak the special language and I know the secret handshake. I know from my wife – the best lawyer I have ever met — that you have to keep your eye on the ball. Legal process should be used not for job creation or self-justification but to accomplish specific things. And, as in the case of my father-in-law’s story about the military post, sometimes these rules and policies need to be revisited to make sure they are still serving their intended purpose.