The Pros and Cons of Introducing Character Evidence in D.C. 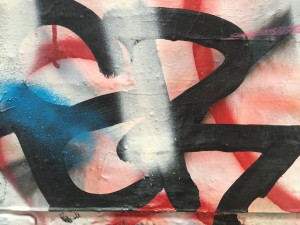 When I started my practice in 2009, I asked an old-timer – somebody who had been practicing in D.C. for over 25 years – how to introduce character evidence in D.C.   I have no idea, he replied. Because I have never done it.

Many indigent criminal defendants have long criminal histories.   It is much easier to get into trouble with the law, for example, when you are homeless and scrounging for food. Still, not all poor people have been in trouble with the law, and I was surprised by the lawyer’s response. Because a defendant can be acquitted on the basis of good character alone, failing to use this tool when it is available to you sounds a lot like malpractice/ineffective assistance of counsel.

Many of the rules on character evidence turn our traditional assumptions about the law upside-down. Normally, you are not allowed to introduce such evidence. It is not that the evidence is not relevant. It is that circumstantial evidence pertaining to a person’s personality as an indication as to how the person may have acted on the day in question is that it might be too relevant and too persuasive, thereby leading the finder-of-fact to base a determination on that evidence alone.

One of the exceptions is for the accused in a criminal trial. Based in large part on the so-called “mercy rule,” which reflects a desire to counterbalance the imbalance of power faced by an individual who finds him- or herself confronted by the enormous power of the state against him or her, the exception allows the defendant to introduce a character evidence to show that he or she acted in accordance with that trait on the day in question.

There are also other anomalous results when character comes into play. Not only is a witness who is called to testify on behalf of the defendant’s reputation for good character allowed to provide hearsay testimony (traditionally a big “no-no” in any trial), the witness is in fact precluded from anything but hearsay testimony. Finally, the introduction of character evidence is one of the only situations in which the rules of evidence permit conclusions from a witness on a subject in which he is not an expert.

Of course you have to careful. Once you have introduced such character evidence, you have opened the door for the government to bring in all sorts of bad things about your client.

If I was surprised by the old-timer’s response to my question on the protocol for introducing character evidence in D.C., I was also surprised by the government’s response when I introduced this evidence during a recent trial. The Assistant U.S. Attorney was fairly new, with a more seasoned prosecutor there at the table, and she seemed thrown off when I launched into the colloquy with my character witness. In fact, I heard her supervisor whisper to her that my entire line of questioning was objectionable. She waited until my client finished. Then she moved to strike the entire testimony. It is improper bolstering, she told the court.

I was also taken aback by the judge’s reaction. “Counsel?” she said, looking over at me. Had I messed up the protocol?

“It is proper character evidence,” I responded.

The judge shrugged. “Overruled,” she said.

The ABCs of Introducing Character Evidence in D.C.