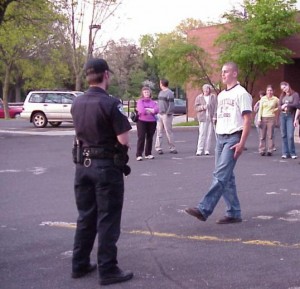 In DUI cases in which a suspect refuses to submit to a breath, blood or urine test, judges will typically base a guilty verdict on two different considerations. First, there are the results of the Standardized Field Sobriety Test (SFST). Second, there are the police officer’s observations with respect to the suspect’s appearance and demeanor at the time of the arrest. It is not, the court acknowledges, that either consideration in itself would be enough to find the suspect guilty. It is only when the court combines the two considerations that the court can be assured of being within “beyond a reasonable doubt” territory.

There are two problems with a verdict that was arrived at this way. First, because the SFST has never been peer-reviewed or accepted for scientific validity by any authoritative group outside a small group of self-interested proponents of the test, any such verdict would have been based on an unproven technique for assessing impaired driving ability. Second, because police officer observations of a suspect had already been factored into NHTSA claims with respect to the accuracy of the SFST, any reliance on the officer’s personal observations in addition to testimony about the SFST would mean that the verdict was based on a double-counting of these observations.

Here is the portion of the “San Diego validation study” that spells this out: “Upon commencement of the study period, participating officers used only the SFST battery (i.e, Horizontal Gaze Nystagmus, Walk and Turn, One Leg Stand) together with their observations of a driver’s general appearance and speech, to establish inferences about a subject for whom there was reasonable suspicion of driving while impaired.” Jack Stuster and Marcelline Burns, “Validation of the Standardized Field Sobriety Test Battery at BACs Below 0.10 Percent: Final Report,” August 1998, page 13. (Emphasis added.)

In the other words, according to my reading of the study, the accuracy rates claimed by NHTSA (88% for the HGN, 79% for WAT and 83% for OLS) are not based solely on police officer observations with respect to the suspect’s physical performance during each of the three tests. Instead, the officer’s personal observations about the “driver’s general appearance and speech” are also factored into the equation, along with any aberrant driving behavior that brought the suspect to the attention of the police officer in the first place.  Combining SFST accuracy rates with the officer’s personal  observations of the suspect’s appearance and demeanor would thus result in double-counting.