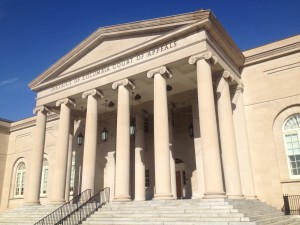 You are allowed to use a reasonable amount of force to protect property.  This is true “regardless of any actual or threatened injury to the property by the trespasser.”  Moreover, upon timely request with sufficient clarity for special findings under D.C. Rule of Criminal Procedure 23(c), “the trial judge must articulate findings specific to all issues of fact and law materially in dispute between the parties and fairly raised by the evidence and the party’s request.”

The defendant asserted a defense-of-property defense at trial.  Moreover, prior to trial, the defendant’s lawyer informed trial judge Ronna Beck that he would be requesting “specific factual findings under D.C. Criminal Rule 23(c).”  According to this rule, “[i]n a case tried without a jury the Court shall make a general finding and shall in addition, on request made before the general finding, find the facts specially.”

At the same time, because of the trial court’s failure to “make the requisite findings on all disputed issues of fact and law essential to the resolution of a defense-of-property defense advanced by Mr. Saidi at trial,” the Court remanded the case to Judge Beck for further proceedings.  Ideally, a party making a request for special findings under Rule 23(e) would identify the specific factual and legal issues that need to be addressed.  Ideally, the party would also “complain” about the “incompleteness of the trial judge’s findings” at the time of trial.  Had counsel done so in this case, “the trial judge likely could have addressed the shortcomings of her ruling and avoided the need for this appeal and a remand more than a year later.”  At the same time, the defendant’s failure to do either in this case did not relieve the trial judge of the burden of making specific findings “on at least enough of the disputed issues to resolve Mr. Saidi’s defense of property defense.”

← #Serial: No Miscarriage of Justice in the Adnan Syed Case
Court-Appointed Lawyers Who Are Too Busy Should Lighten Their Case Load →