And Sometimes We Get Outlawyered 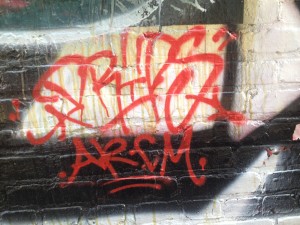 We like to think that the fate of our case will rise or fall depending on our lawyering. Placing us at the center of everything, this perception helps our egos.  It also suggests complete control:  We are guaranteed victory if only we work hard enough.  And that is reassuring.

Sometimes, however, we win not because of our lawyering but despite it.

I had that situation last week in a civil protection order trial. The facts were on my side.  I had a much better hand to play legally.  And my opponent’s client did not do himself any favors on the stand. For example, when confronted with the fact that he bought a first-class plane ticket to Denver so that he could confront his former girlfriend and her new beau at the boarding gate (it is a federal crime to use fraud or false pretense to get through security at an airport), he claimed that he considered actually making the trip to Colorado. Really? With a one-way ticket and no luggage? Yes, he testified. I was upset, and I hear Denver can be very nice at this time of year.

Although the judge ultimately granted my request for a protective order, any personal satisfaction about the outcome was dulled by my realization that I had been outlawyered by my opponent.  Despite good facts and case law, along with plenty of time to prepare, I struggled with direct.  And my cross-examination often fell flat. By contrast, my opponent was articulate and on-point with his questioning, and, although ultimately unsuccessful, he came up with some clever arguments for closing.

Maybe I was complacent knowing that I had such a good hand to play. But that is no excuse:  A loss under these circumstances would have been unforgiveable. The fact is, I came out of the proceeding with more respect for my opponent. I am not sure that somebody sitting in the gallery and assessing my performance would have come to the same conclusion about me.

The law is bigger than I am.  Sometimes even a win can be a humbling experience.

← The Coin, Rubbed Back To Newness
Solo Practitioners Don’t Have A Jackie Frankfurt →

2 Comments on “And Sometimes We Get Outlawyered”