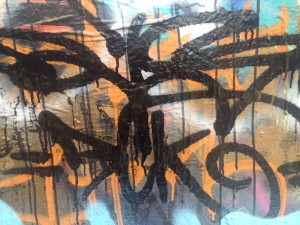 The two young men have been in the same place at the same time before.  I have seen it on the video recording. The first meeting – captured by a surveillance camera at the back of a D.C. metro bus — – involved a violent altercation in which they exchanged blows.  The kid getting the worst of it – my client –eventually pulled out a weapon.

As a criminal defense lawyer, I have mixed feelings about video recordings. On the one hand, there is a reason that the police cars with video equipment in D.C. go unused. Why complicate things with an objective record of events when police can testify from memory, selectively emphasizing the “facts” that best make out the government’s case and conveniently omitting those that don’t?

On the other hand, depending on the facts of a case, there can be nothing more shocking – nothing more damning to a criminal defendant – than such a video recording.  It is one thing to hear a government witness describe an assault.  It is another thing to actually see the raw and unapologetic footage of it.

Apparently the complainant’s girlfriend does not text him enough.  “My phone is dry,” he tweets.  “Where she at?”

I have been following “Davonte”, the complainant, on Twitter for a couple of months now. It turns out he is a sweet boy, and I feel bad for him when the young woman he has been soliciting texts from breaks up with him:  “I want her back but she ain’t feeling me,” is his lament on twitter.

On the day of the attack he tweets this:  “N***as got to hang with their squad.”  Brianna – my expert on urban slang – confirms for me that “squad” means gang or group of friends. Because we can expect him to deny under oath that he is a member of a gang, this might come in useful. Davonte is also partial to emojis involving fists and guns and weapons.  Two days before the incident he tweets that he wants to beat someone up.

On the morning of the first trial listing, the prosecutor and I step into the witness room outside the courtroom so that I can review some Jencks material.  Davonte, Davonte’s mother, and a young woman are already in the room.  I wonder if this is the young woman who doesn’t return his texts. Or maybe she is someone new.

Davonte has seen me interact with my client so he knows who I am even before the prosecutor introduces me.  He looks at me warily.  The prosecutor is distracted by something else, and he leaves me alone with them.  I feel like the fox in the chicken coop.

Given Davonte’s obvious disdain for snitches (“We catch a snitch den he a dead man”), what I want to ask Davonte is whether or not he is going to snitch.  But this might be too obvious, even threatening.  What I ask him instead is whether or not he plans to testify.  He says no.

His mother prevents me from continuing.  “Who are you?” she asks me.  “Are you for us or against us?”

“I am against you,” I reply.  “I represent the respondent in this matter.”

“Then we have nothing to say to you,” she tells me.  I go back to reviewing the radio call.

Later, when the trial is continued because of outstanding discovery issues, the prosecutor asks the judge to address the government’s “reluctant witness.”  Davonte and his mother are brought into the courtroom, and the judge explains to both of them what a subpoena is and what the consequences would be for disregarding one.  Standing there with his mother in front of the judge, this tough guy on twitter turns into a gentle lamb.  My heart sinks with the realization that, however much disdain he might have for snitches publicly, he may testify after all.

Davonte and his mother are already checking in with the clerk when my client and I arrive on the morning of the second trial date.  The clerk motions for us to approach, but I put a hand on my client’s chest.  We can wait.

Davonte finishes up with the clerk and walks around behind counsel table toward the exit.  My client and I walk through the well of the courtroom, keeping as much distance from Davonte as possible.  The two young men – once joined in a violent altercation — do not look at each other.  Everything is calm.  Everything is civilized.  How quiet in this room that holds us all.

Note:  Although sometimes based on true events, the stories I tell on this blog are just that:  stories.