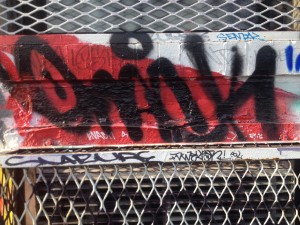 The witness refuses to testify. “I am not a snitch,” he tells my investigator Wayne and me.

“But we am not asking you to snitch on anyone,” I reply. “We are just asking you to testify. To tell the truth about what you saw. We need your testimony for our defense.”

When I was growing up, a snitch was someone who ratted out his friends to police or who otherwise cooperated with “The Man.” Somehow this definition has expanded – at least in some quarters of the city – to include anyone who testifies at a criminal trial. It doesn’t seem to matter whether the testimony is for the government or for the defense.

In domestic violence cases, you can count on a fairly large percentage of the complainants to fail to show up on the day of trial. Maybe they are afraid of the accused. Just as likely, they have reconciled or otherwise reconsidered. “It doesn’t do me any good,” one of the complainants tells me, “to have my baby dad locked up.”

Similarly, the reluctance to play the role of a snitch has traditionally worked to the benefit of criminal defense attorneys. Even when a government witness does show up on the day of trial, there is no guarantee that the witness will actually testify. And the defense usually knows this long before the government does.

But now there is this: people defining a snitch as someone who testifies at all. Maybe this is a fairly recent phenomenon. Maybe it has just taken a while for me to notice it.  After all, I can be kind of slow sometimes.  But it is a disturbing – if not surprising — trend in either event.

The witness in this case eventually accepts the subpoena but he looks skeptical. So does Wayne. We won’t be seeing him again, Wayne says. Wayne has been doing this for a while. His predictions have an uncanny habit of coming true.