It Is All About Respect 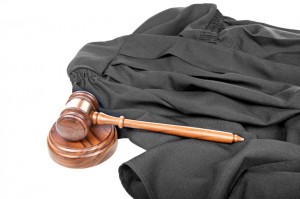 The judge takes the bench at 9:15 am. That she does this every day without fail is a sign of respect for herself, for the system, and for every person who appears in front of her. And it makes my job easier too: Make sure you are there no later than 9:00 o’clock, I tell clients. If we are first on the docket, I will get you out of there by 9:30 am. And the judge makes an honest man out of me almost every time.  It is the unspoken agreement between us:  You take the bench when you are supposed to.  And I will be ready to go.

There were judges in Philadelphia who wouldn’t take the bench until 10:15 or 10:30 am. This was despite the fact that people charged with criminal offenses were ordered to appear by 8:30am. This was good for me as a public defender because it gave me more time to meet with my clients, most of whom I was meeting for the first time that day. But you had to wonder about the tremendous waste involved: police officers, citizens, lawyers, and court personnel all sitting around for hours waiting for the judge to appear. And woe to the defendant who, based on this experience, decided he might come to court a little bit later for the next appearance. Maybe he had a different judge that day who took the bench earlier. This judge then issued him a stern warning about appearing on time, if not an actual bench warrant.

And, of course, there was the one judge who would mysteriously pop off the bench right around the time the Chinese food delivery guy appeared in the courtroom. I am sure I am embellishing the story here (in fact I may be making the entire thing up because it seems so unbelievable to me now), but I still think she had duck sauce on her chin and bean spouts stuck between her teeth when she finally re-took the bench an hour later.

It is all about respect. And that respect needs to go both ways.

I am always surprised to run into a judge in the court hallway or out on the street. The judge always seems so much smaller – so much more ordinary – off the bench. At the same time, I will still feel the urge to rise if she walks into a restaurant in which I am sitting. I will still fall silent if she walks up to me at a cocktail party. After all, I would never want to interrupt her. It is not only the judge I respect. It is also what she represents.

Last week I watched from the gallery as a young attorney got into an ugly argument with the judge. Who knows, the lawyer might have been right when it came to the substance. But everything else about it was wrong. You do not talk over the judge. And you do not pick fights that you are going to lose, particularly when you have your client standing there right next to you. Judges are people too, and they can have long memories. Watching the judge’s body language the next day when dealing with the same lawyer on a different matter confirmed for me everything I needed to know.

You know with the good judges that you will be given the opportunity to have your say. And if it is the other side that is doing all the talking, that too is a good thing. It means that the burden is on them to do the persuading. You sit back. You relax. You spectate. You enjoy. Is it fun to be a trial lawyer or what?

← Worthy v. United States: The DCCA on Prior Consistent Statements
Sometimes I Think The Stenographer Is Out To Get Me →

3 Comments on “It Is All About Respect”