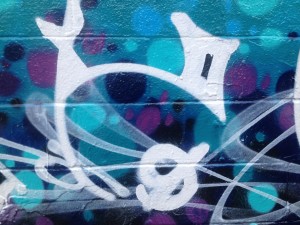 Translated into English, actus no facit reum nisi mens sit rea means that “an act does not make one guilty unless his mind is guilty.” In other words, it is not enough for the government to prove a physical part of a crime; that is, an act or an omission to act.  The government must also prove a mental part – the mens rea (“guilty mind”) or scienter or criminal intent.

Wayne LaFave prefers the word “fault” to “mental part,” “mens rea,” or “state of mind.” These latter terms, he says, “are somewhat too narrow to be strictly accurate, for they include matters that are not really mental at all.”  Unlike the word “maliciously,” for example, words or phrases like “negligently,” “carelessly,” or “having reason to know” indicate a requirement of fault that LaFave claims is not necessarily mental fault.

“Knowing property to be stolen” is a subjective standard.  In order to secure a conviction under a statute with this language, the government would need to prove that this particular defendant knew that the property was stolen.

“Having reason to know that the property was stolen” would be an objective standard.  The question is not what this particular defendant knew.  Instead, it is what a reasonable person in the defendant’s position would know.

Finally, language such as “whoever receives stolen property” would impose strict liability.   The defendant is guilty at the time he or she received the property whether or not the defendant knew or reasonably should have known that the property was stolen.

In order to rectify potential problems with the interpretation of such imprecise terms as “willfully” or, even worse, “unlawfully,” the Model Penal Code suggests four basic types of crimes which require fault:  (1) crimes requiring intention (or purpose) to do the forbidden act or to cause the forbidden result, (2) crimes requiring knowledge of the nature of the act or omission or of the result which will follow therefrom, (3) those requiring recklessness in doing the act or in omitting to act or in causing the result, and (4) those requiring only negligence.