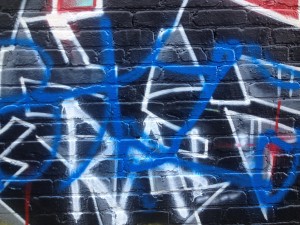 You have the right to use a reasonable amount of force in self-defense assuming that (1) you actually believe that you are in imminent danger of bodily harm and (2) you have reasonable grounds for that belief. The question is not whether the use of force appeared to be necessary when looking back on the incident. The question instead is whether you actually believed you were in imminent danger under the circumstances as they appeared to you at that time and whether you were reasonable in holding this belief. In other words, the standard is both subjective and objective. Moreover, as the criminal jury instructions in D.C. put it,

The D.C. Court of Appeals dealt with an aspect of self-defense in its recently issued opinion under Shirley Williams v. United States, 90 A.3d 1124 (D.C. 2014).  Shirley Williams got into a verbal altercation with the grandmother of her children that turned physical. After the grandmother followed Williams downstairs to continue the fight, Williams picked up a knife in the kitchen and brandished it.  Williams eventually “gave up the knife without a struggle.”

Because there was no evidence as to who started the fight, the trial court acquitted Williams of assault. At the same time, because Williams had a right to defend herself, but not to the point of picking up a knife and ‘brandishing’ it,” Judge Brian Holeman found Williams guilty of attempted unlawful possession of a prohibited weapon.

The D.C. Court of Appeals noted that the trial court never “explicitly [found] that the government had established beyond a reasonable doubt that [Williams] was not acting in self-defense.”  Nor did the judge “make any credibility determinations or factual findings as to whether Ms. Williams was under attack by objects hurled at her by [the grandmother] moments before she picked up the knife, or whether Ms. Williams knew there was another route of escape other than the locked front door.”

Finding that there was no evidence that Williams advanced toward anyone with the knife or waved it menacingly, the Court concluded that this was not a situation in which “the secondary, responsive aggression was completely disproportionate to the initial aggression faced.”  It therefore overturned the conviction.