Refining the Definition of “Testimonial Evidence” under Crawford v. Washington 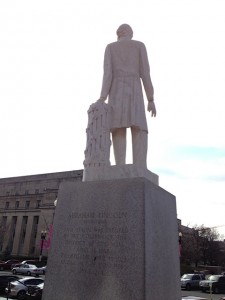 You take a worthwhile social goal – protecting domestic partners from abuse – and then you contort the U.S. Constitution to achieve that goal.

In the days of Ohio v. Roberts, 448 U.S. 56 (1980), the testimony came in as long as it was reliable.  There was no need for the complainant to appear when a police officer could testify to what the complainant said happened.  In fact, trained and experienced in the art of courtroom advocacy, the police officer could probably do a better of testifying than the victim.  It did not matter that the complaining witness may have had second thoughts about being used by the state to prosecute the accused. Nor did it matter that the defendant never had the opportunity to confront his accuser in a court of law.

Ohio v. Roberts gave way to Crawford v. Washington, 541 U.S. 36 (2004) and now the government has two burdens.  First, it must establish an exception to the hearsay rule – presumably through the  “present sense impression” or “excited utterance” exception.  Second, it must now also establish that whatever the complainant told the police officer was not “testimonial.”

Dealing with what Justice Scalia left unaddressed in Crawford, the Supreme Court furthered its analysis of what constitutes “testimonial evidence” in Davis v. Washington/Hammon v. Indiana, 547 U.S. 813 (2006) and Michigan v. Bryant, 131 S. Ct. 1143 (2011).  Police questioning results in “testimonial” evidence if the primary purpose of the interrogation is “to establish or prove past events potentially relevant to later criminal prosecution.”  It is non-testimonial if it is intended “to enable police assistance to meet an ongoing emergency.”

In Best, police officers arrived to find two brothers standing out in front of their home.  Both men were bleeding.  One brother – Lawrence Robinson — told police that the other brother – Curtis Best — had attacked him in their home with a pair of scissors.  Although Best was subsequently arrested and the case went to trial, Robinson did not show up to testify.  Nor did the government ever explain or attempt to justify his absence.  Instead, the government secured Best’s conviction through the police officer’s testimony with regard to what Robinson told him.

The D.C. Court of Appeals reversed:

More recently, the court affirmed a conviction on the basis of hearsay evidence in Frye.  Police officers in that case arrived at the house to find a domestic dispute underway.  A single question of “what happened?” resulted in a torrent of information from the woman:

Here, upon entering the Texas Avenue home, the police found themselves witnessing a heated argument between two adults.  The officers faced what the trial judge correctly saw as a situation “fluid and somewhat confused,” one they had to “assess” quickly to “know whom they [were] dealing with,” the “threat to their own safety, and possible danger to the potential victim” or others, in this case five children also in the house.  “Such exigencies,” the Supreme Court said in Davis, “may often mean that ‘initial inquiries” produce non-testimonial statements.”  That, in our view, is what Officer Phillips’ single question to Jewel Parker produced. (Internal citations omitted.)

The government therefore met its burden of showing that Parker’s statements were not testimonial, and Frye’s conviction was affirmed.

The problem, of course, is that, as police officers get better at establishing the necessary foundation for a non-testimonial statement, we will again see more and more trials that result in a conviction without testimony from an actual witness as to what happened. Why bother with the unpredictable testimony of a civilian witness when professionals can step in to provide the necessary information?  In Best, for example, the government never even bothered to explain or to justify the complainant’s absence.  At the same time, that the complainant was accessible to the government was proven by the fact that, after the conviction had been secured, it took the government all of 5 minutes to contact the complainant to find out if he wanted to make a victim impact statement.

2 Comments on “Refining the Definition of “Testimonial Evidence” under Crawford v. Washington”