DUI Lawyers Get No Respect 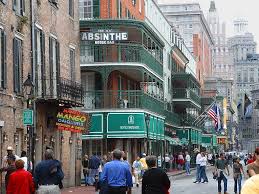 I am attending the “Mastering Scientific Evidence” for DUI cases sponsored by the National College for DUI Defense (NCDD) and the Texas Criminal Defense Lawyers Association (TCDLA).  New Orleans is a wonderfully decadent city:  It is fun to see tourists strolling down Bourbon Street with Mardi Gras beads and a large, fluorescent-colored drink at 10:00 am in the morning.

For me, this type of conference serves two purposes.  First, it is good to network with DUI lawyers from all over the country.  Second, I am always inspired by what I learn. It was inspiring, for example, to hear from Tim Bussey, whose aggressive lawyering and ease with the Freedom of Information Act resulted in the closing of two forensic laboratories in Colorado. And it was gratifying to acknowledge the three DUI lawyers whose amicus brief on behalf the NCDD was cited by Justice Ginsberg in Bullcoming v. New Mexico.

However, because this is my third DUI conference in as many years and because inspiration can only take you so far, I was just about to conclude that my participation at this type of conference may have reached the point of diminishing returns when we heard from some other pretty dynamic speakers. We heard from Jim Nesci on the new manual for the Standardized Field Sobriety Test. Chester Flaxmayer and Joe St. Louis spoke on potential challenges to blood alcohol tests. Mike Nichols addressed the “margins of uncertainty” in forensic science.  And we heard the final presentation at one of these events from Justin McShane, this one on “oral fluids” and future technologies for detecting drug-impaired driving.  Everybody loves McShane.  He can take the most complicated scientific issue and make it understandable to even the most scientifically-impaired lawyer.  His presentations alone are worth the price of admission.

DUI lawyers are an interesting sub-group of the criminal defense bar. Because virtually every DUI case can be challenged on multiple grounds, I continue to believe that DUI cases are among the most complicated that a criminal defense lawyer can expect to face in his or her career. For example, we can challenge the legality of the initial stop and any prolonging of the seizure.  We can challenge the administration and interpretation of the standardized field sobriety tests.  And we can challenge the science and technology behind the blood, breath or urine alcohol tests.  In addition, because of the increasingly serious penalties for even a first-time offender and because of the government’s general unwillingness to negotiate, these cases are far much more likely to go to trial.  It is hard to plead to mandatory jail time.

At the same time, challenging as our cases may be, we don’t always get the respect we think we deserve.  What image comes to mind, for example, when you are told that someone is a DUI lawyer?  It is not particularly flattering, is it?  And how many DUI lawyers will you find at a reputable, white-shoe law firm?  It is thus fun to hang out with other true believers, motley crew that this particular group of people may be.

← Refining the Definition of “Testimonial Evidence” under Crawford v. Washington
The Most Promising Law Students Know Latin and Greek →

2 Comments on “DUI Lawyers Get No Respect”