What We Learn About Our Colleagues 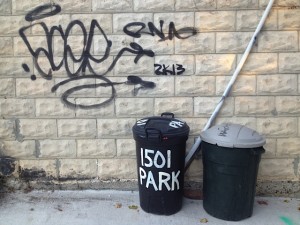 We feel like we know our colleagues. We know who the good ones are and we know who the bad ones are. But that is based mostly on reputation. We spend a lot of time together in the courtroom waiting for our cases to be called. But we rarely see each other at trial.

Trials usually begin in the late morning or early afternoon after the rest of the docket has been called, and few people can afford to just hang around. As a result, the courtroom is usually empty by the time a trial actually gets underway. The few times I have seen one of my colleagues at trial (whether that was Noah Clements, Tom Key, Michael Bruckheim, Dan Gross, or Bryan Brown), it was only because I happened to run into them at the courthouse, they told me they would be at trial, and I then made a concerted effort to be there.

In other words, we don’t really know that much about the trial skills of our colleagues.

Doing appeals, of course, is a different matter. In that case, delving deeply into the trial transcripts, we learn all sorts of things about our colleagues.

I have encountered trial skills on both ends of the spectrum during my brief experience doing appeals. In one case, I had a trial attorney who not only litigated a great case with expertise and finesse, he preserved every single issue we needed for the appeal.  I was in awe just by reading the transcript. On the opposite extreme, well, there have been some not so effective lawyers:  To preserve an issue, always force the court to make a ruling.  And you never, ever withdraw a meritorious Fourth Amendment motion to suppress.

I used to joke when I was first starting out that I aspired to become the world’s expert at ineffective assistance of counsel.  That is, I was going to become the most ineffective counsel American law had ever witnessed. Everyone needs an area of expertise and that was going to mine.  Having encountered some really awful lawyers, or even some mediocre ones, I don’t joke about that anymore.