The Duty to Disclose Includes the Duty to Preserve 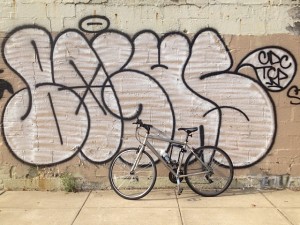 Police officers fail to preserve a critical piece of evidence, in this case a video recording taken of the incident in question.  The defendant moves for sanctions.  In opposing this motion, the government argues that the defendant’s arguments about what the recording contained is speculative.  The court agrees.

Am I missing something here?  Without the opportunity to have actually watched the video recording, how can anything the defendant might say about its content be anything but speculative?

The D.C. Circuit recognized a variation of this problem in United States v. Bryant, 439 F.2d 642 (1971).  The court basically concluded that all of the carefully crafted constitutional protections accorded to a defendant at the back end of a prosecution could be completely undone by police officers at the front end if officers were allowed to pick and choose the evidence they sought to preserve:   “Besides the carefully safeguarded fairness of the courtroom is a dark no-man’s-land of unreviewed bureaucratic and discretionary decision making.”  The duty to disclose includes the duty to preserve.

Bryant was decided over 40 years ago, and is still good law in the District.  And yet there we are.

To make matters worse, you have the government claiming that a video recording in the hands of police officers before the smart phone was returned to its owner was neither actual nor constructive possession.   This is a tad incongruous.  Can you imagine what the government’s position would be if the item in question were a firearm in the hands of a suspect?

← What We Learn About Our Colleagues
No More Snow Forts →