No Strong-Arming of Defendants Into Accepting Pleas 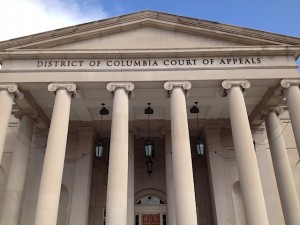 When the two defendants opted for trial, rejecting a deferred sentencing agreement that had been offered by the government, Judge Brian Holeman may have been doing them a favor when he warned them that they would face certain jail-time if convicted.  After all, that is exactly what happened.

At the same time, as the D.C. Court of Appeals held yesterday in Lindsay v. United States, __ A.3d __ (D.C. 2014), Judge Holeman’s advice could have been perceived as judicial participation in plea negotiations in violation of D.C. Superior Court Rule of Criminal Procedure 11(e).  It created “an unacceptable risk” that the defendants’ sentences were enhanced because they asserted their constitutional rights to trial.  Finally, the judge’s comments suggested that his sentencing decisions were based not on “individuated” judgment but on a uniform policy of sentencing everyone convicted of domestic assault to jail-time.

That the judge acquitted a third defendant suggested that he was impartial and deliberate in arriving at a verdict, thereby allowing that decision to stand.  The two defendants who were found guilty, however, should be sent to a different judge for re-sentencing.

← Is Concession of Guilt In Opening Statement A Guilty Plea?
The “Gracious Concession” →