Is Concession of Guilt In Opening Statement A Guilty Plea? 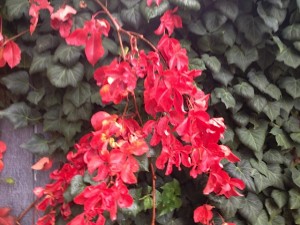 During the defendant’s opening statement at trial, Denardo Hopkins’ lawyer got up in front of the jury and conceded that this client was guilty of felony drug dealing charges.  The issue the D.C. Court of Appeals faced in Hopkins v. United States, 84 A.3d 62 (D.C. 2014), was this:  Did this admission constitute a guilty plea such that the judge should have conducted the standard plea colloquy to assure that this concession was knowing and voluntary?

At trial, defense lawyer Todd Baldwin conceded right up front that his client would not be challenging the drug charges:

Baldwin’s trial tactics, as it turned out, were well-advised.  The evidence against Hopkins with respect to the drugs were iron-clad.   Calling multiple witnesses to dispute police officer claims with respect to the firearm, including one witness who admitted to throwing the firearm himself, Baldwin shifted the jury’s attention to areas in which the defendant’s case was far stronger.  And, in fact, Baldwin ultimately prevailed on all firearm-related charges.

Hopkins did not claim on appeal that his lawyer was ineffective or that he acted against his wishes.  What he did argue, however, was that trial judge Florence Pan should have intervened sua sponte to determine whether he knowingly and voluntarily agreed to what he claimed was in essence a guilty plea.

A three-judge panel of the D.C. Court of Appeals – Judges Glickman, Blackburne-Rigsby, and Nebeker – did not agree.  Yes, in cases in which a criminal defendant gives up constitutional rights, the court must assure as a matter of due process that this waiver is knowing and voluntary.  But this requirement does not apply to situations in which defense counsel chooses as a matter of trial strategy to concede the defendant’s guilt on certain charges.  Such a concession is not equivalent to a guilty plea and does not waive or truncate any of the defendant’s constitutional rights.  In fact, in this case the defendant exercised all of his constitutional rights, including the right to a trial in front of his peers, the right to cross-examine witnesses fro the prosecution, the right to call witnesses in his own defense, and the right to remain silent.  Likewise, Hopkins’ concession did not obviate the government’s responsibility to prove his guilt beyond a reasonable doubt.

As it was, the court concluded, Baldwin’s “decision to include the lesser included PWID charges (to which there was almost no plausible defense), and to concentrate on rebutting the more defensible firearm charges, was a reasonable and evidently fruitful trial strategy.”