Let Me Talk To The Judge 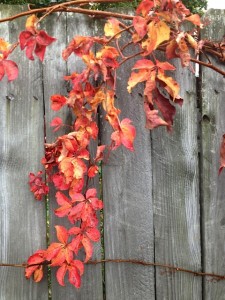 Whenever a group of defendants are lined up before the court to do misdemeanor guilty pleas, one or two will often try to back out at the last minute.

If the defendant is quibbling with something the prosecutor has just read from the police report, the parties can usually find common ground on facts that still make out every element of the charged offense.  In that case the plea proceeds.  Other times the defendant will back out completely.  I didn’t do it, Judge!

The aborted plea could be the result of a defense attorney who failed to have that tough conversation with the client:  We should not enter into this plea agreement unless you are absolutely sure you are willing to stand up in open court and admit guilt.  It could also be that the defendant does not really understand the judge’s role during the plea bargaining phase of the process.

Many people are dying to speak with the judge.  These people are convinced that the judge, who seems to be a reasonable person, will dismiss the charges just as soon as she learns more about the case.  “Just let me talk to the judge,” they say.  They resent all the people – the defense lawyer, the court staff, and the judge herself — who keep shushing them whenever they try to do so.

The judge could be the final arbiter of justice, in fact throwing out charges when there is a basis to do so.  But this assumes the case has gone to trial.  It assumes that the judge has heard from both sides through the adversarial system we have honed over hundreds of years.

The judge does not get substantively involved during the plea bargaining.  That is between the government and the defense.  And even if the judge had the power to do so, she is not going to dismiss the charges on the basis of the defendant’s simple say-so.

As it is, the guilty plea colloquy is often a difficult experience.   A deal that once looked so good – probation instead of jail-time, for example – may not seem so appealing by the time the court date rolls around and the reality of a conviction has begun to sink in.  In fact, I have had clients do complete turnarounds within the first twenty minutes of a meeting:  The terrified client who was once so concerned about going to prison and who threw his arms around you when you assured him jail-time was unlikely is now complaining about the inconvenience of reporting to a probation officer.  Our perspective on things can change in an instant.  Irritation replaces relief.  But I have a job, he says.  I have family responsibilities.  I can’t spend all my time drug-testing and reporting to a probation officer.

This must be what was going through the defendant’s mind yesterday in Room 116 when she began to back out of her plea agreement with the government.  She was first up in a string of pleas, with the lawyers sitting behind their clients in the second row of the jury box.  The prosecutor read the facts.  The judge asked her to confirm what happened.  And suddenly she was saying no, tentatively at first and then more forcefully when the judge, trying to save the agreement, gently pushed her to accept responsibility.

I am sure the woman could feel her lawyer shifting in his seat behind her.  Well then, said the judge.  I guess we will need to pick a trial date.

As for the party bringing the charges, many people have this misguided notion of a prosecutor sitting in his office mulling over each and every misdemeanor case.  Okay then, the prosecutor says to himself.  Ms. Smith is a good person.  She was justified in being angry.  And this will cause her to lose her job.  I guess we will just have to dismiss the charges.

What people get instead is the assembly line of guilty pleas in Room 116.  The prosecutor has far too many cases to give every defendant that much attention.

The next person to face the judge for a plea, perhaps emboldened by the woman who backed out of her agreement, also quibbles with the facts as read out by the prosecutor. This time, however, the judge is able to salvage the agreement.  I see, she says to the man.  Your vehicle wasn’t swerving.  But you do admit that you were driving the vehicle and that your breath alcohol test came back over the legal limit.

Yes, yes, says the man, happy now that the facts have been set straight.  And the plea proceeds.

2 Comments on “Let Me Talk To The Judge”