Delivering the News in an Appellate Case 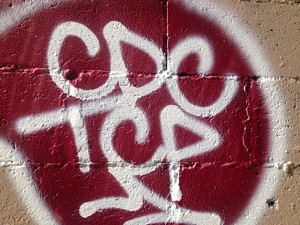 I call my court-appointed client in an appellate case to give him the news.

Although I know many things about this man, I have never actually met him.   Up until recently he has been serving time in an out-of-state federal prison.  I didn’t realize he was already home. Nor have I ever spoken to him on the phone:  He thanks me for my letters and apologizes for not having returned my calls.

I can hear his wife – whom I know only from reading trial testimony – talking to him in the background.  Then, in one of the most gratifying things I have ever done, I tell him that we have just won his case on appeal.  Two and a half years after he was arrested, a year and a half after he was found guilty at trial, and nine months after I filed the appeal, the gun and ammunition convictions are all gone.

I cannot give him back the time he has already spent in prison.  (I am only half kidding when I suggest that a person who has been acquitted or who has had convictions reversed after spending considerable time in prison should be able to “bank” that time toward a criminal offense “still to be determined”).  At the same time, he has been vindicated.  And everything else associated with the conviction – the drug-testing, the parole – is also gone.

It is the second appellate brief I have ever filed.  It is also my second win.  Although it is a different feeling than an acquittal after trial, being able to make this phone call is no less gratifying.  First I do a mental fist pump.  Then, because I feel like it, I do a real one.

2 Comments on “Delivering the News in an Appellate Case”