Using An Ellipsis To Misrepresent Language 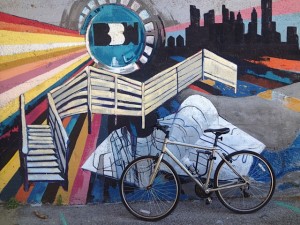 You have to be honest with the court.  Your client’s fate depends on it.  So does your reputation.  It is one of the first things we learn in ethics class.

Members of the Department shall preserve all potentially discoverable material, including any such material, which may prove favorable to an accused.

This is how the prosecutor quoted the order in her brief to the court:

Members of the Department shall preserve all potentially discoverable material . . . which may prove favorable to an accused.

See the difference?  By using an ellipsis to omit “including any such material,” the prosecutor completely changed the meaning of the sentence.   According to the unabridged version, police officers are required to preserve all potentially discoverable material, including material that might prove favorable to the defendant.  According to the prosecutor’s version, the only potentially discoverable evidence that must be preserved is “material that may prove favorable to the defendant.”  This is pretty significant if you are requesting information that is discoverable but not necessarily favorable, and the police have lost it.

There is a pesky comma in there – the comma after “including any such material” — that could potentially support the prosecutor’s interpretation of the order.  But no.   To interpret “including any such material” as a subordinate clause set off by commas would be to render the language meaningless, and this could not have been the intent of the drafter.  Moreover, it would inconsistent with language elsewhere in the order that requires police to preserve all discoverable evidence, not just discoverable evidence that is favorable.

Therefore, the second comma could only have been a grammatical error.   And the prosecutor omitted the language because it was not convenient to her argument.

Many prosecutors, I have found, have a knee-jerk reaction to discovery requests:

5 Comments on “Using An Ellipsis To Misrepresent Language”