Why The Truth Doesn’t Matter At Trial 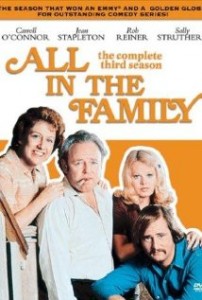 One of my favorite episodes from the old T.V. show “All In The Family” involved a situation in which an African-American repairman came to the Bunker household to fix a kitchen appliance.  Archie Bunker, the right-wing bigot, and his leftist, hippie son-in-law each remembered the incident differently, and the show began with two flashbacks in which each man re-told the same story, with each version skewed by the teller’s own biases.  In Archie’s version, the repairman was a knife-wielding, jive-talking member of the Black Panthers. In the son-in-law’s version, the man was a shuffling and obsequious Uncle Tom.

The show ended with Edith Bunker’s version of the same event, which the viewer could safely assume reflected what really happened.  Not surprisingly, though recounting the exact same sequence of events, neither Archie’s nor the son-in-law’s version was anywhere close to the truth.  It turns out the repairman was neither menacing nor an Uncle Tom, and the instrument he wielded was not a switch-blade but a screwdriver.

Whenever criminal charges are brought, there is always an objective and presumably knowable truth as to what really happened.  If you had superpowers, you could turn back time and hover above the events as they took place and learn for yourself what really happened. You could, in other words, witness the Edith Bunker version of the truth.

But that objective truth is rarely, if ever, introduced at trial.  The finder-of-fact – be it a judge or a jury — learns what happened not through direct observation but through the imperfect testimony of equally imperfect human beings.  Memories fade.  Perceptions skew.  Minds rationalize.  People have agendas.  And everything the fact-finder learns is shaped through manipulation by the lawyers, with each side attempting to push the finder-of-fact toward its version of the truth. There are degrees of truth, and variations of the truth.

The objective truth tends to yield to the more believable truth, and, because to the winner go the spoils, that believable truth then becomes the accepted truth when the verdict is delivered.  It doesn’t matter if the prevailing version sounds like Archie Bunker’s story or his son-in-law’s. It becomes what really happened.

This is why the question of innocence or guilt rarely even occurs to this criminal defense lawyer.  It is why, in this context anyway, the protestation that “I am innocent” doesn’t mean anything at all.  The real question instead is:  Of the evidence that can be introduced at trial, what truth can this evidence tell?

2 Comments on “Why The Truth Doesn’t Matter At Trial”