Taking The Fall For A Client 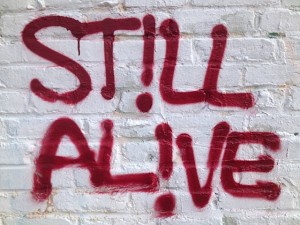 If you work for the federal government, you have a boss.

As far as I am concerned, the only federal employee who can truly say he works for the American people is Barack Obama.  Because the low-level staffer who claims to work for the American people is really saying he has no boss at all.  And this, I found, is always a problem in government:  There are lots of people doing their own thing.  There is not a whole lot of accountability.

Working for the federal government involves taking orders from someone else.  And if you are smart, you quickly learn that the quickest path to success in D.C. is to make that boss look good.  This means you prepare them.  It means that they get the credit and you get the blame.

Two or three weeks into doing my first misdemeanor trials as a public defender in Philadelphia, I had a case in which I put my client’s mother on the stand.

The judge, a kindly older woman, found my client guilty after allowing very little argument from either side.  In the future, she told me, you might want to consider having your client testify.  I would have been interested in what he had to say.

I had good reasons for not having my client testify, particularly when I was able to introduce our version of the story through my client’s mother.  But I did not tell the judge this.

Your Honor, I said to her.  I am brand at this and still learning.  My client has never been arrested before, and now he will have a conviction on his record.  It is too bad that you are punishing him for my inexperience.

The judge thought this over for a second while the prosecutor squirmed.   Mr. Koehler, she said.  I have never done this before but I am going to reverse myself.  I am going to find your client not guilty.

The prosecutor was furious.  I did my best to mask my self-satisfaction.  And Mr. Koehler, the judge said with a wink, don’t ever try that tactic with me again.  This is the only time you are ever going to be able to get away with it.

Moving from the federal government to representing clients was a natural transition for me:  After 18 years with the U.S. Environmental Protection Agency, I was used to making other people look good.

One of the things I like best about criminal defense is that your role is so clearly defined.  Unlike the prosecution, you do not need to worry about amorphous concepts of justice.  Instead you do everything you possibly can – within ethical constraints– to achieve the best possible outcome for your client even if that means you occasionally have to throw yourself under the bus.  And loyalty means putting the interests of the client above your own.

Although I don’t know if it is true, I was told once that it was really F. Lee Bailey who deserves most of the credit for the acquittal in O.J. Simpson’s first criminal case.  I can’t remember the specifics but the theory goes something like this:  It was Bailey’s portrayal of a doddering old idiot – clearly a once great attorney who was now past his prime – that opened the door to introducing most of the damaging evidence about Mark Fuhrman.  It turns out, if you buy this theory, Bailey had become an even better advocate for his client.  Johnny Cochran got the credit.  He took the fall, even when it meant damaging his national reputation.

A while back, I wrote about watching a respected attorney in D.C. arguing before the court with a client who was trying to fire her.  It was clear to everyone in the room that the client was being unreasonable.  But the attorney openly disputed his version of events.  And she kept rolling her eyes at those of us in the gallery.

The woman clearly thought that other attorneys sitting there would sympathize with her. We did.  I am sure the judge did too.  But we also disrespected her for using her body language to paint such an unsympathetic portrait of her client.

You are the boss, I tell clients.  Consider my role as being you with a law degree.

← The Walter Mitty of EPA
Hail to the Red Potatoes →

One Comment on “Taking The Fall For A Client”