Hiring the Perfect Employee: Myself 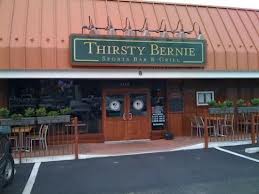 When my wife and I first started going to what turned out to be our favorite local restaurant in Arlington, there was a waiter there I mistakenly assumed was also the owner. He was friendly and efficient, he always made sure we were seated and served quickly, and you just needed to look in his direction in order to get his attention.  It was hard to believe that a mere employee would take the same proprietary interest in the restaurant as this guy seemed to do.  In other words, he was anybody’s version of the ideal employee.

I thought of this waiter while reading a recent exchange in the blogosphere about a small law firm’s decision to expand. Josh Camson over at what Scott Greenfield calls The Puddle began the discussion. Specifically, Camson said that he and his partner had “kicked around” the idea of hiring an associate for their 18-month-0ld, two-lawyer firm for a while before deciding to take the plunge:

With the volume of our practice, we need to be in multiple places at once.  And that means we don’t necessarily have time to do all the business development we want . . .

With an associate we will be able to split the work load out among more people (obviously).  That means there will be more time for business development, and we won’t have to refer out much work due to conflicted schedules . . .

Initially we considered hiring an assistant instead of an associate.  That would free us up from doing things like typing letters and shredding paper.  But in our experience, it won’t free up enough time for us to go create new relationships and bring in more clients.  In contrast, hiring an associate will allow us to leverage that person’s skills in addition to our own.  We will be able to encourage this new person to bring in their own book of business and help the firm grow.

The Fishtown Lawyers — Leo Mulvihill and Jordan Rushie — took the discussion in a slightly different direction before Greenfield weighed in:

It’s hard to assess where exactly Josh’s two-man firm has been or is heading, as he gives up few details about his practice.  Is he living on appointed work, with maybe a retained client here and there to fill up the time?  Is he just making ends meet, or did he put in the order for a new Porsche?  Does he want an associate because he’s undertaken lucrative work beyond the hours of the day available to him, so that the associate becomes a profit center to his firm?  Or will he send the associate in to cover appointed work and plan to pay the new kid a fraction of what he will bill for his representation?

Unlike Camson and his partner, I am not yet ready to hire an associate or assistant and, frankly, I do not relish the prospect of ever doing so, however much this might limit my firm’s ability to grow.

The first part of this is practical:  I am not yet in a position where I am turning down business for lack of capacity so that, in Greenfield’s words, a new employee could become a “profit center” for my firm.  After having spent much of my career in large organizations, I would hate to give up the autonomy of working alone and of being accountable to nobody but myself, the courts and the client. I do not want to take the time to train someone. Nor do I want to worry about whether an employee is happy and productively employed.  I was a federal manager for many years.  I know what a hassle this can be.

But the second and equally important consideration is that, short of finding someone like that great waiter at the restaurant in Arlington, I am not yet ready to cede any part of my control over the firm.

Koehler Law could close its doors tomorrow, and nobody in D.C., Virginia or Maryland would care or even notice.  Its reputation could tank, and it would not mean a thing to anyone other than the client I happened to be representing at the time.  But I would notice and I would care.  And I am not willing to put the reputation of my firm – a firm that bears my name – into the hands of someone who doesn’t take the same proprietary interest in the reputation and success of the firm as I do.

Micro-management in the interests of quality control is always an option whenever you hire new people.  A preferable option for me – at least at this point – is to leave myself in a situation in which I do not need to do any management at all.